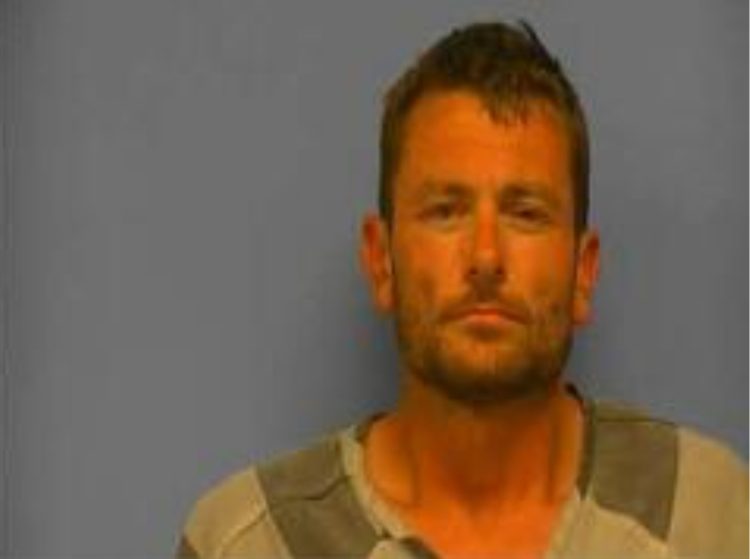 A Saline County jury recently found Timothy Burton, 33, of Jacksonville, guilty of the charges of felon in possession of firearm, and extreme fleeing. (Not Tim Burton the American filmmaker known for Batman, The Nightmare Before Christmas, and Edward Scissorhands.) He actually had multiple firearms in the vehicle and about a pound of meth.

Circuit Judge Ken Casady followed the jury’s recommendation and sentenced Taylor to 45 years in the Arkansas Department of Corrections.

On August 1, 2021, Sgt. Jeff Plouch noticed a white Dodge Charger traveling extremely slowly for interstate traffic. He stopped the Charger after noticing it had both expired tags and a license plate that did not show as registered to a Charger.

A few seconds after the Charger pulled over to the shoulder it took off doing a U-turn and traveled the wrong way down I-30 between Springhill Rd. and exit 123. Sgt. Plouch radioed to other troopers in the area that the vehicle was headed their way traveling in the wrong direction.

At that time, Trooper Cash performed a maneuver in an attempt to stop the Charger. Even though the Charger crashed into the construction barrels as a result of the maneuver, the Charger continued to flee. Trooper Trevor Stevenson also joined the pursuit at the Alcoa Rd. area. All four troopers continued to pursue the vehicle onto Alcoa Rd.

The Charger jumped the curb and drove through the grass area before the Alcoa service loop to enter I-30. The grassy area did not go all the way through and the Charger fell off the embankment and crashed. Once crashed, the driver of the Charger began to flee on foot. After a short foot chase, he was caught and taken into custody by the troopers.

The troopers searched the vehicle and located 14 firearms in the trunk of the Charger along with ammunition. The firearms included assault rifles, bullpup shotguns and different handguns.  Burton was identified as the driver and sole occupant of the Charger.

At trial, the four troopers testified about the events of August 1, 2021. The jury viewed their patrol car video footage and the firearms. Deputy Prosecutors Shea Long and Carrie Robertson argued that Burton fled from the troopers because he knew he did not want to be caught with the firearms and in doing so he put multiple lives at risk including his own.  Defense attorney Mark Jesse argued to the jury that Burton was guilty of the fleeing but maybe he did not know about the guns being in the trunk because it was not his vehicle and was actually reported stolen.

After the guilty verdict, the State introduced evidence of a 10 year criminal history that included convictions for residential burglary, theft, aggravated assault, felon in possession of firearm, tampering with evidence, and simultaneous possession of drugs and firearms. Most of these offenses, including the current one, were committed while Burton was on parole for prior offenses. The jury then sentenced him to 30 years on the fleeing charge and 15 years on the possession of firearm charge.  The jury further recommended that the two sentences run consecutively.

Prosecuting Attorney Chris Walton said that he very much appreciated the troopers that put their lives at risk to protect citizens, the deputies that tried the case, and the  jury’s verdict and sentence. “Burton behaved in a reckless manner that night. When he fled from troopers, he put a lot of people at risk. The path he took is a high traffic area. In addition, he had a lengthy criminal history. A person that engages in the type of behavior that puts our citizens at risk, deserves a lengthy sentence. Especially, when that person has a long history of disregarding the law.  I am thankful for the verdict and to everyone who helped bring Burton to justice.”

Walton finally noted that Burton had close to a pound of methamphetamine in the recently stolen vehicle along with all of the firearms and ammunition. Even though the jury did not get to factor in the methamphetamine and stolen vehicle into their decision, Walton believes these additional factors just add to the reasons that Burton belongs in the penitentiary for a long time which is right where the jury sent him.