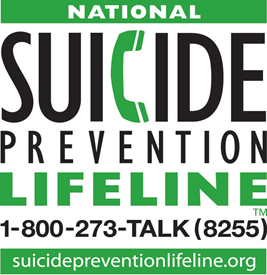 The Arkansas Department of Health (ADH) has officially opened the Arkansas Lifeline Call Center, which is now answering calls made in Arkansas to the National Suicide Prevention Lifeline at 1-800-273-8255.

The opening of the call center was mandated by Act 811 of the 2017 legislative session. This is the first call center for the national line to be operated by a state health department in the nation. Previously, Arkansas was one of two states without an in-state call center, which meant that calls were being answered out of the state.

“We are pleased to offer this important in-state service for Arkansans,” said Dr. Nathaniel Smith, ADH Director and State Health Officer. “Callers in crisis will be able to speak to someone here in Arkansas who has a strong understanding of the resources available in the state. This number is available for many reasons – whether a person is contemplating suicide or is having feelings of anxiousness, depression, hopelessness, or they just want to talk.”

Suicide is the leading cause of violent death in Arkansas. In 2016, there were 546 suicide deaths, which is more than double the amount of homicides that year. Sixty-seven of those deaths were youth ages 10-24.

Veterans can access the Veteran Crisis Line by calling the national line at 1-800-273-8255 and pressing 1. Anyone can also text the crisis line by sending TALK to 741741, or chat online at www.chat.suicidepreventionlifeline.org.

The ADH Injury and Violence Prevention Section works to prevent suicides through education, resources, and awareness. To learn more about the trainings and resources that are available for your group, business, or school, visit http://www.healthy.arkansas.gov/programs-services/topics/suicide-prevention.