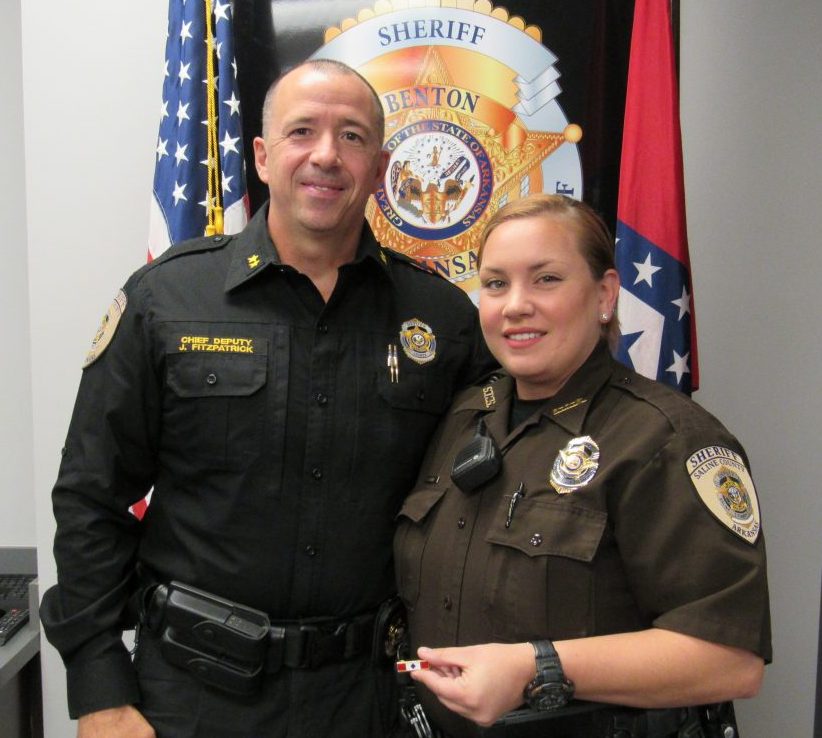 The award comes after Dep. Stewart responded to an unknown medical emergency to assist EMS personnel with a patient that was unconscious and not breathing. Dep. Stewart recognized the signs and symptoms of an opioid overdose and immediately administered a dose of Narcan. The victim began breathing only seconds later. After a review by the SCSO Medical Control Physician, it was determined that Dep. Stewart’s quick recognition of the opioid overdose and administration of Narcan saved the victim’s life.

Dep. Stewart’s actions make the fifth life saved by SCSO deputies successfully using Narcan in the field. The Narcan used was provided to the SCSO by the University of Arkansas System Criminal Justice Institute as part of a federal grant in partnership with the Arkansas State Drug Director’s Office and the U.S. Department of Health and Human Services.