Deputies responded to a suspicious person inside the Dollar General falling asleep. Contact was made with Wesley Casner (W/M 7/31/1982) and Sydney Scarborough (W/F 6/29/1995).

Both individuals were taken into custody and charged with Endangering the Welfare of a Minor in the 2nd Degree, and Possession of Drug Paraphernalia (in course or furtherance of Felony Drug Violation Possession Controlled Substance Schedule I and II. 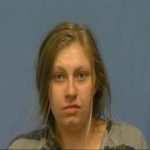 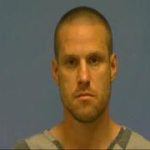 Deputies were dispatched to a business alarm at this establishment and found an open door on the rear of the church. After ensuring that no one was in the building, deputies made sure nothing was awry. The building was secured before leaving the premises.

Deputy conducted a traffic stop on James Lott (W/M 6/21/1969) for traffic violations. Upon contact Mr. Lott became uncooperative and pulled a knife on a Deputy and Benton PD officer. Deputies deployed Less Lethal 12g Bean Bags causing Lott to drop the knife and be taken into custody. Mr. Lott was transported to the Saline County Jail and charged accordingly. See more at https://www.mysaline.com/scso-arrest-051922/.