Disturbance//Dorothy Drive in Mabelvale// Deputies responded to this address in reference to a disturbance. Upon arrival deputies made contact with a woman, who advised she got into an argument with a male acquaintance because he would not leave her residence after being told to leave. She advised that after the man refused to leave, she told him she would call 911, and he attempted to pop her in the face with his sweaty shirt. Deputies did not witness any marks or signs of injury to her face. She stated, when she attempted to call 911, and he pressed her phone down for a few seconds so she could not speak with dispatch. She stated, after reporting the incident, he walked outside and turned her power off. She then advised the man left the residence on foot in an unknown direction of travel. 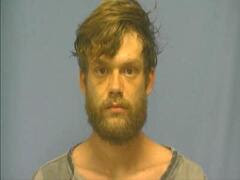 Felony with Firearms//Corrigan Rd in Mabelvale// Deputies responded to this address in reference to an armed suicidal subject. Upon arrival contact was made with a 28-year-old man. The subject informed Medical that he was not suicidal, nor did he want to harm anyone else. Two firearms were located, one came back lost out of North Little Rock, Arkansas. Chase Ashby arrested after it was discovered that he was a convicted felon. Ashby was charged with 2 counts of possession of firearms by certain persons (a felony), and theft by receiving in the amount of $2,500 or more (felony). The judge set his bond at $7,500.

Theft of Property//HWY 5 in Lonsdale near Hot Springs Village// A 68-year-old man advised that on the evening of Wednesday, May 11, 2022, a “Beretta 20-gauge over and under shotgun” was taken from his vehicle. No serial number available. The Saline County Sheriff’s Office advises people not to leave weapons or other valuables in your vehicle.

Criminal Mischief // W Sawmill in East End// A couple in their 30s reported someone drove by and shot at their house causing damage to their bedroom window. Deputies observed a BB in between the glass, and screen, and a large crack across the window. No suspect information at this time.

Pursuit // Vimy Ridge & Barth in South Alexander// Deputies were leaving a call when they observed a vehicle traveling on Vimy Ridge at a high rate of speed. Deputies attempted a traffic stop, and the vehicle continued to travel onto Barth Rd, cutting its lights on and off. The vehicle eventually drove into the woods off Whipple, and a male and female passenger fled. The occupants were unable to be located but were identified by personal items left inside the car. The Saline County Sheriff’s Office is seeking a warrant. 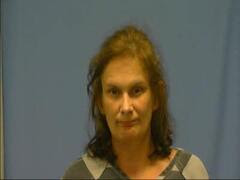 DUI // Arch St Superstop in East End// Deputies conducted a traffic stop on a vehicle due to moving violations. The driver, Kristen Tippitt, age 41, appeared under the influence of narcotics. K9 deployment led to the discovery of Schedule I and Schedule VI narcotics, and felony paraphernalia. Tippitt was arrested for Possession of Control Substance charges, and DUI from drugs.

Theft//John Rd off Congo Ferndale// A 31-year-old male reported some unknown person(s) took his Glock 17 from his console. The male advised he works in Little Rock but does not know when it was taken. He had no suspect information.

The Saline County Sheriff’s Office advises, “Please do not be a volunteer victim by leaving valuables in your vehicle. Breaking or Entering into vehicles is one of the most reported crimes in Saline County as well as the State. The victims usually leave the car unlocked. This crime can be easily be stopped by removing anything of value and locking  your car. If you don’t, sooner or later a thief will make you a volunteer victim. Guns, wallets, purses and credit cards are what is usually taken. Credit cards are immediately taken to somewhere that sells gift cards. The thief will then buy gift cards using the stolen credit cards then later cash them out for cash money.