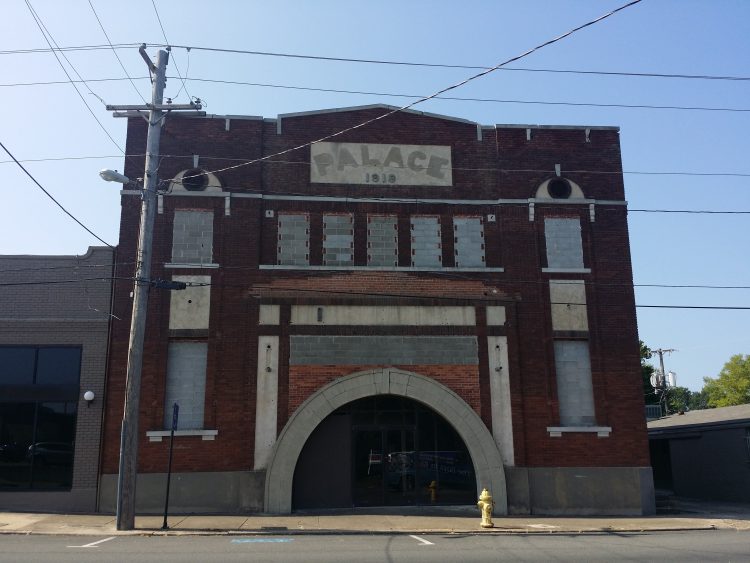 The Palace Theater, 224 W. South St. in historic downtown Benton is on the Arkansas Register of Historic Places. Photo c. 2015, by Shelli Poole.

Historic downtown Benton has a structure owned by the City, that has been sitting waiting for a decision for 16 years at this writing. However, as recent as this morning, Wednesday, May 1st, 2019, an offer has been made to the City to purchase The Palace. There will be a city council meeting Thursday night regarding this matter. Visit www.mysaline.com/palace-offer-050219 for details.

The Palace Theater is an historical structure that has sat empty at 224 W. South Street since 2003. It was built in 1919 with that year etched on the front exterior. The Palace was a place for silent films, as well as vaudeville shows in the beginning.

According to the history account on the Save the Palace website, the property was “built for $60,000 and had over 1,000 opera seats looking over a large orchestra pit on a tastefully-decorated stage with lustrous curtains, potted plants, and appropriate scenery.”

The Save the Palace website also states that The Palace opened on March 5th, 1920 showing silent movies and live road shows. Owner C.H. “Charley” Womack built a beautiful state-of-the-art structure, but failed to execute a solid business model, was a main suspect in arson to his competition, and sold the theater with three months. By year’s end, the competition, The IMP – now the Royal Theatre, leased The Palace and ran both theaters until 1921 when money matters became an issue. It’s fair to assume that the Prohibition, or outlawing of alcohol in the United States, (1920-1933), along with the Great Depression (1929-1941) played a part in making business difficult.

The City of Benton purchased The Palace in 1929 and the property was used for various purposes for 74 years and sometimes vacant for a number of years. It was initially used by the city as an auditorium, then in the 1940s, it was a hangout for teens, before becoming the Benton branch of the Saline County Library from 1967 to 2003. The building was placed on the Arkansas Register of Historic Places in 2014. It was considered for the National Register, but could not be added due to the modifications to the exterior. From 2003 to present, her only use has been as storage for non-profits such as stage costumes for the Royal Theatre, on Market Street. By the way, if you’re doing your math, The Palace is 100 years old this year.

Afterward, there have been no utilities running and no maintenance to the building. The bones have remained strong, but the roof has been allowed to fall into disrepair, causing some water damage. The previous city administration considered demolishing the building and that is when a non-profit organization called Friends of the Palace Theatre formed to save this piece of historic downtown Benton’s heritage. 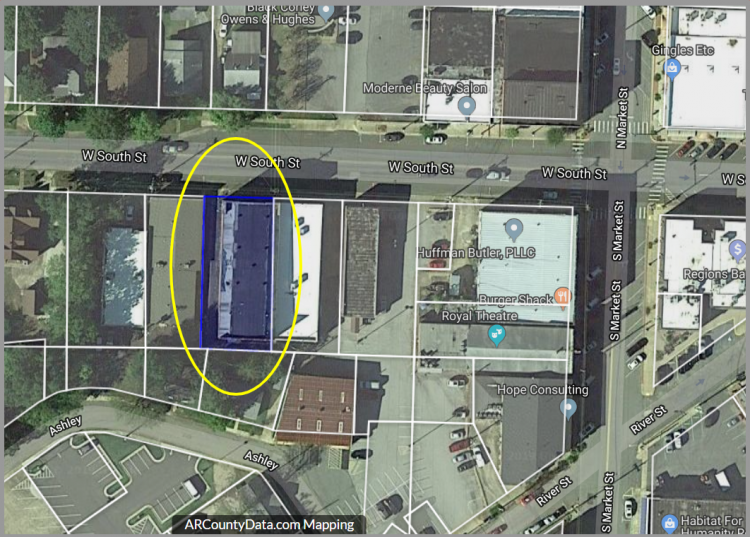 Eventually the City’s Benton Community Services/Animal Control Committee learned that it would cost more to demolish than it would to repair it, so they put a tarp over the roof and began looking for solutions to the issue. Meanwhile, the term was running out for David Mattingly, the mayor at the time, and focus fell elsewhere.

The election passed and Mayor Farmer came into office with a focus on growing Benton beginning from the downtown area and working outward. His plan is to accomplish this through his campaign slogan, “Together We Can Do More.” He has gathered volunteer committee members from the community to help accomplish this goal. Part of that goal is to find investors to purchase empty buildings to help revitalize the area.