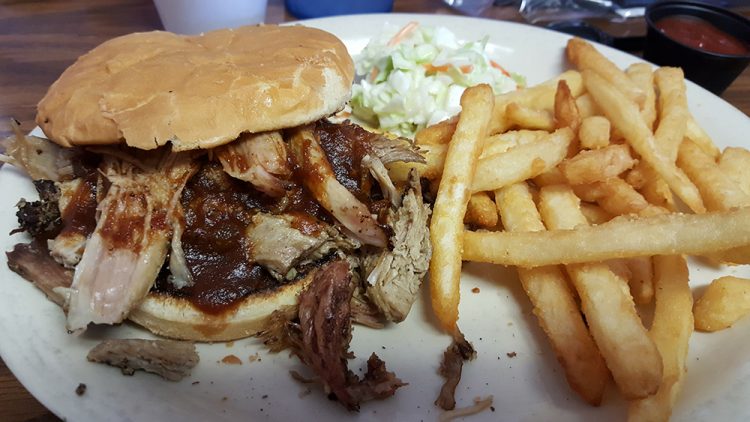 Icehouse Grill is now open at 1209 Edison in Benton. They opened on the perfect day for me to have a birthday lunch with friends and family. I had some of that famous No Name BBQ and it was just delicious. Oh and they found out it was my birthday so they made me up a fried pie. They have all kinds of flavors, so just ask. Get a look at this salad too. It has cranberries!

Speaking of cranberries, they are open for Thanksgiving Day beginning at 10:30 a.m. so you can come in and eat turkey and all the trimmings for $15.99. Since I know you’re going to ask me, they will be able to serve alcohol sometime after December 20th. They eventually plan to have a full bar and to add a deck to the rear of the building. See the previous stories below for info about them moving. 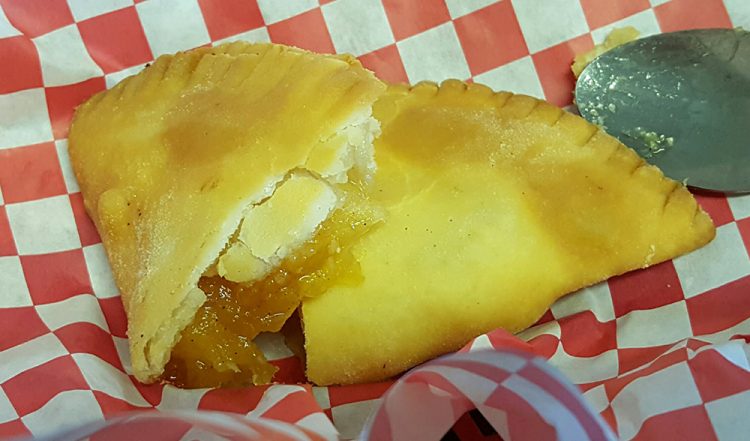 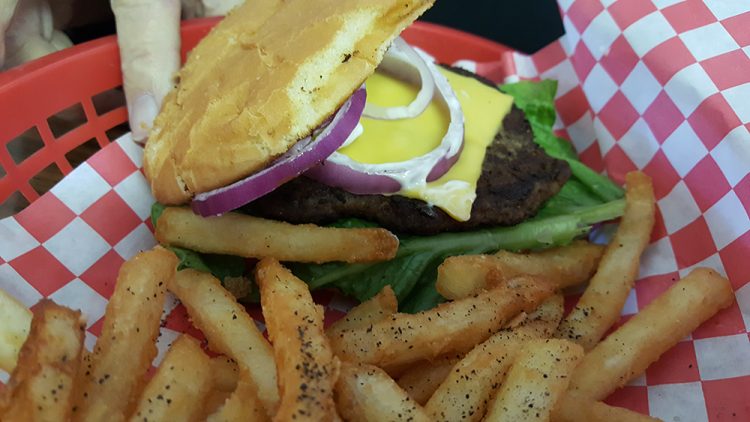 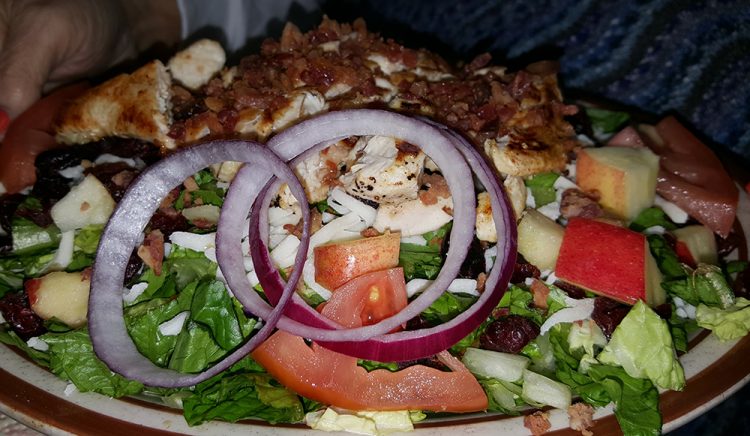 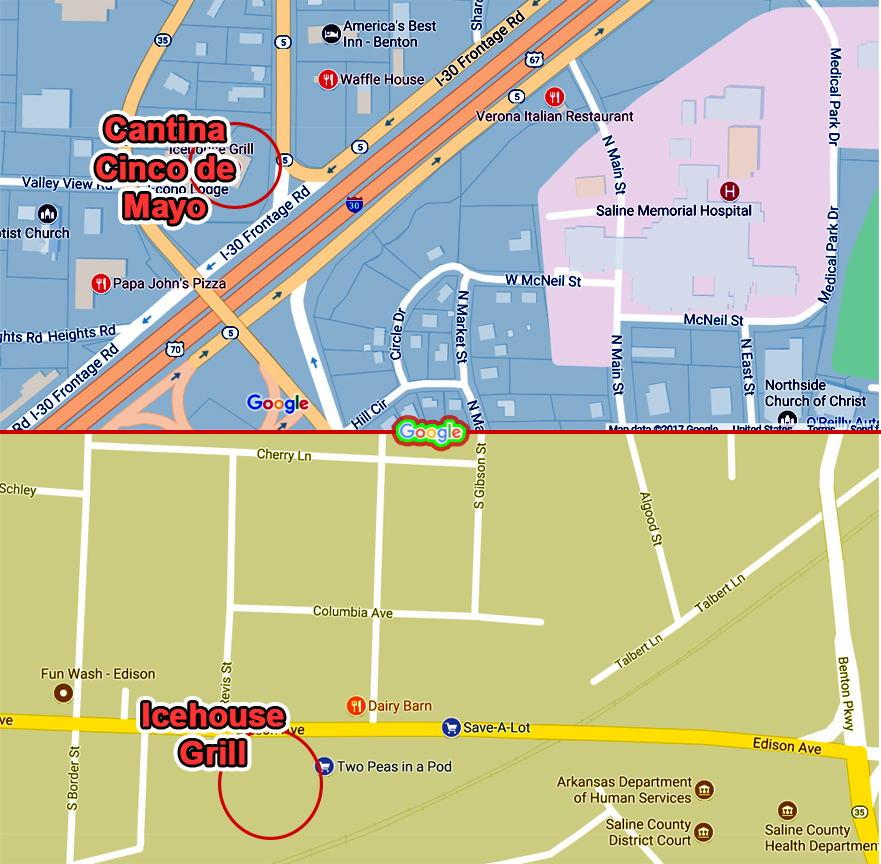 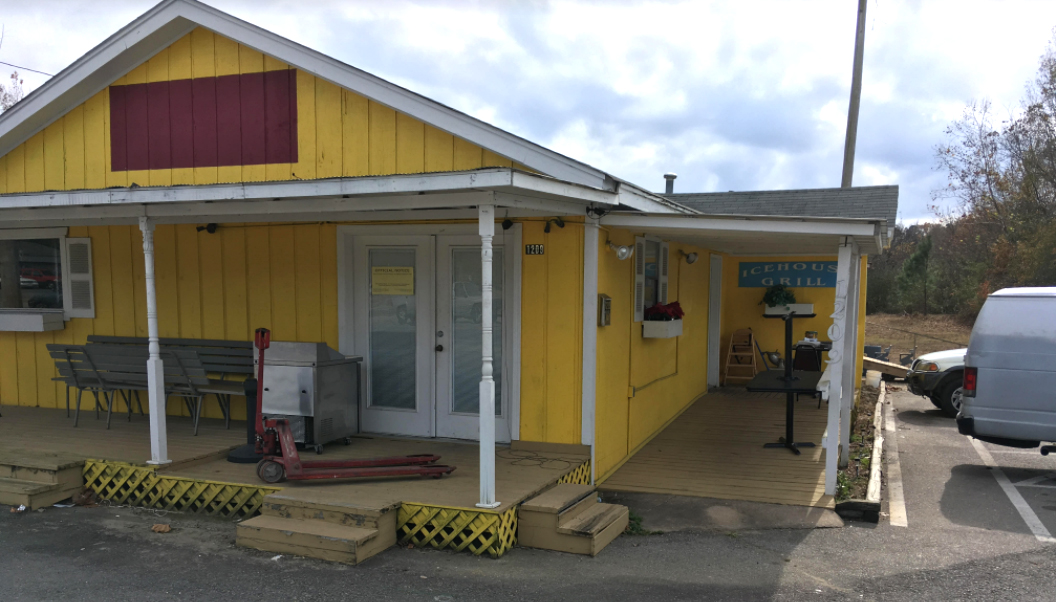 Icehouse Grill hopes to open Wednesday, November 22nd. This pic was taken on Tuesday. Looks a lot cleaner than when I strolled through on November 9th. Note that the restaurant is looking to make a new menu and they are asking the public for any photos you have taken of your meal. Go to their Facebook page to drop it in the comments or message it to them.

Here’s another update – the previous picture taken of Cantina Cinco de Mayo on November 9, 2017, was how the building looked when this Mexican restaurant had only been moving in and renovating for a couple of days. Check out the progress in the pic below. They plan on opening in mid-December. (Update to the update… they are now open: mysaline.com/cinco-opens) While having brunch with my parents at Bryant Cafe Thursday morning, three nice ladies sat near our table and I remarked to them that somebody sure smelled “purty.” That’s when Earlene Johnson, assured me that she smells “purty” naturally. This is going somewhere, but I have to mention first that her sister, Janet, and her daughter, Dawn, were dining with her. Can’t leave them out.

After my family finished eating, we were leaving and started to wish our meal neighbors a good day when Earlene recognized me as Shelli Poole. She said she follows MySaline.com all the time and that sealed the deal – she’s my new best friend now. Even moreso, she had a scoop for me that I followed up on, so that’s why you’re reading about her.

I would have known this scoop earlier if I was paying attention to Jim Landers of Landers Broadcasting. He posted on social media at the end of October that Halloween would be the last day for Icehouse Grill to be located in Benton on Interstate 30 next to Econo Lodge. 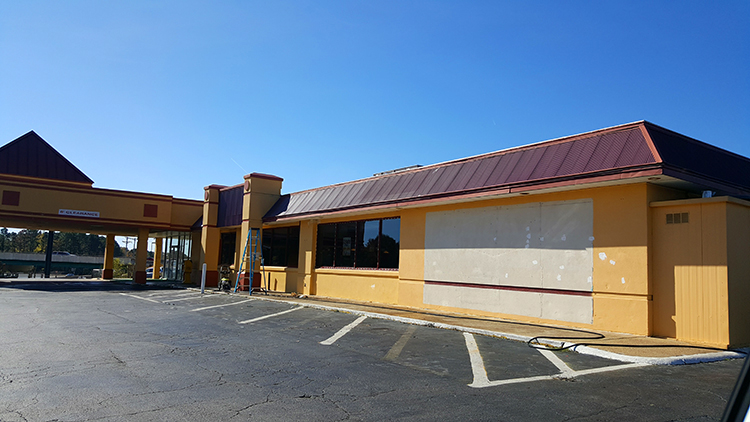 Well, I didn’t know this date as I left Bryant Cafe, so I went by the old location, hoping to catch the owners and get some info. I did get a picture of the front of the place but when I walked inside and asked for the owner, it wasn’t the Icehouse owner. Rather, it was the owners of the new restaurant that was already there setting up for business. Stay with me now, because I have to follow the timeline of events, which means we’re going to talk about this other restaurant for a hot second. Firstly, it’s going to be a Mexican restaurant called Cantina Cinco De Mayo. There are three others in Arkansas – one in West Little Rock on Rahling Road, one on Stagecoach Road in Otter Creek and one on Bankhead Road in Carlisle. They are doing some extensive remodeling at this location. They expect to open to the public in mid-December and they have already applied for their permit to serve alcohol. This being the fourth restaurant, it sounds like they just might be successful.

Next, I made a phone call to the nice folks at Icehouse to make sure someone was in the new place (they were) and to ask to come over and take pictures (I did). The new location is on Edison Avenue, across from Save-A-Lot and Garry’s Slingblade Diner.

You may know Kyle Rea as the guy who used to own No-Name BBQ on South Street. He is the co-owner of Icehouse, along with Mark Davis. They will be featuring that old BBQ recipe on the Icehouse menu. Kyle said they are fixing the place up quickly, and they hope to open on Tuesday, November 21st and be serving dinner on Thanksgiving Day as well. They served alcoholic beverages at the Interstate 30 location and have applied for a new permit, but it will be the middle of December before it is granted.

There’s your scoop. Thanks, Earlene for the help. I promised if she wanted to be my intern, then I could pay her in Frosted Mini-Wheats™. She is currently mulling over that offer. 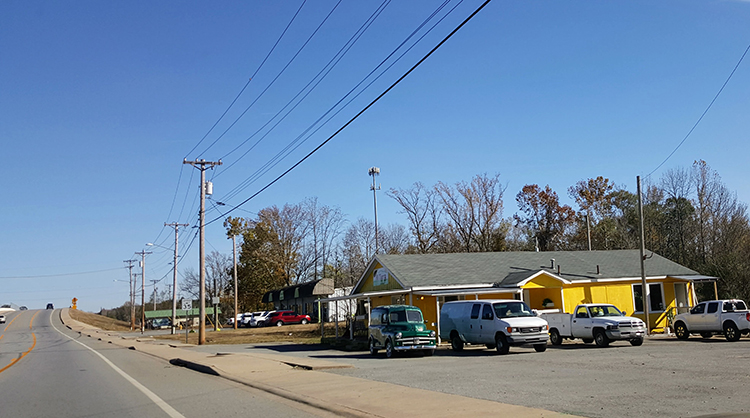