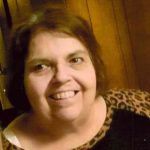 Rhonda is preceded in death by her mother, Alma (Sheridan) Scroggins and brother, Eddie Scroggins.

Rhonda is survived by her daughters: Nicole and husband, Chris Brewer and Rebekah and husband, Rob Goshien; grandchildren: Addison, Jackson, and Allie; father, O.C. Scroggins; and a host of other family members and friends that will all miss her dearly.

Rhonda loved her family and grandchildren. She was always talking while she was working at Kroger and visited with everyone. She was a cashier at Kroger for 12 years and at Fred’s for 15 years. Rhonda was a member of The Revolution Church for 17 years. She had a habit of buying Paparazzi jewelry and never actually wearing it. Rhonda was a friend to all she met and will be greatly missed. 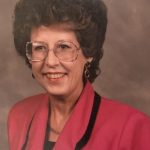 Gerry was born in McCrory, Arkansas to Henry and Jessie Wright on February 28, 1941. She was a graduate of McCrory High School and later earned several degrees in social work and family service counseling. After twenty-two years of employment with Professional Counselor Associates as a social worker, she retired in 2016. Gerry enjoyed gardening and was an avid reader.

Gerry made a commitment to God at the age of 10 and gave her life, time, and talents doing Gods will. For seventeen years, she was a missionary in Kisumu, Kenya fulfilling her commitment to Jesus. 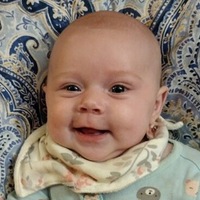 She is preceded in death by her great grandparents, Charles and Francis Elmore and Mable Whittemore; and her grandmother, Billi Jo Hudson-Hicks.

She is survived by her loving parents, Eric Elmore and Brandy Butters; three brothers, Aiden Elmore, Randal Elmore-Powell, and Bruce Lee; one sister, Auna-Marie Elmore; her grandparents, David and Rebecca Elmore and Richard Butters; great grandmother, Betty Adamson; and a host of other family and friends.

Jodie, you are very much in our hearts and will forever be missed. 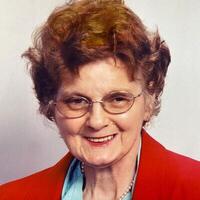 Katherine Kelly (“Kay”) Myers of Alexander left this earth for her heavenly forever home October 1, 2022, with her family around her. Kay was born to Beryl and Catherine Kelly on November 1, 1939, and lived from infancy to adulthood in Fairbanks, Alaska. After graduating high school in 1957, she entered the University of Alaska and immediately met the love of her life in her very first college class. Fred and Kay married 14 months later on her 19th birthday, November 1, 1958. Kay’s desire for a large family began just 2 years later when she and Fred began taking in foster children. Over the next ten years, Kay and Fred cared for approximately thirty-seven foster kids, began raising four of their eventual five children, and opened and began running their private investigation business in Fairbanks. In 1968, Fred and Kay and their four children relocated to Fred’s home state of Arkansas and settled in Little Rock, where they added their fifth child to the family and continued the investigation business for over fifty years.

If taking care of her husband, children, and home was not enough, Kay also worked in their family business from the very beginning in any role needed or asked. Because of her personality and kindness, she was able to get information from people who otherwise would not have provided it; she was the most successful process server the business ever had.

Kay became a Christian young in life, and her love for and faith in her Savior and Lord Jesus Christ never wavered through the years. Along with regularly attending church, she attended many Bible studies through the years, usually teaching or co-teaching Bible Study and Sunday School. Kay instilled those same beliefs in her children and family, prayed over many people, and helped many come to the Lord.

Kay always put her family first and always saw to their every need and want; she went out of her way to make her family’s home life incredibly special. She was the neighborhood mom who had get-togethers for her kids and their friends, as well as huge parties and reunions for friends and families. There is not an adult today who passed through the family home on Westwood as a kid that was not touched by her kindness, love, and energy; she made sure everyone felt welcome and loved. She was the biggest cheerleader for her own kids, was very proud of them, and loved her role as “Mom.”  When the grandkids began to arrive, she loved her new role as “Ma” and doted on every one of them. Kay filled the lives of her husband, children, grandchildren, and extended family with love and laughter, and her family is forever grateful for the legacy she has left.

In lieu of flowers, donations may be made to Calvary Baptist Church or any other charity of your choosing.