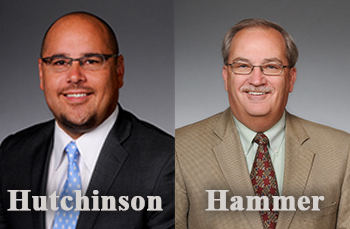 Back in October 2016, State Rep. Kim Hammer (Republican) announced his intentions to run for the Senate seat currently occupied by Sen. Jeremy Hutchinson (R) – District 33. Hutchinson is eligible for another term, but he is sitting on the decision. He has done some polling to gauge interest, and has been discussing the matter with family, friends and with his law partners at Steel, Wright, Gray & Hutchinson.

Candidates don’t typically announce their campaign during a legislative session, since fundraising is not allowed during that time – nevermind that they are busy with lawmaking. Hammer explained that his announcement came prior to the session so the Republican party would have time to come up with another candidate for Representative. Hammer has the option to run for another term in the House.

Hutchinson is considering a run for the office of Attorney General in 2022, so we’re less than five years away from that race.

Talk Business & Politics did an indepth article with Hutchinson on his decision: http://talkbusiness.net/2017/04/sen-hutchinson-unsure-about-2018-considering-2022-race-for-attorney-general/