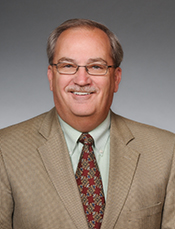 Benton – At an event with supporters from around the district, State Representative Kim Hammer of Benton announced he would be a candidate for State Senate in 2018.

“This decision was one I prayed about and sought advice for from family, friends, and colleagues. I’m running for State Senate because I believe I can use my legislative experience to be a strong voice for all of Saline County, West Little Rock, and Pulaski County,” said Hammer.

“As State Representative, I have been a conservative voice that has sought to protect traditional values. I have a record of working to make government more transparent, and I continue to seek out reforms that would lower healthcare cost for everyone,” continued Hammer. “Most importantly, I have been available to listen to the concerns and address the issues of the people from my district. As State Senator I will continue this trend of positive, accountable leadership.”

Hammer currently sits on the Public Health and Welfare and the City, County, and Local Affairs committees. In addition, he is a member of the Arkansas Legislative Council, Joint Budget, the Healthcare Reform Task Force, and is chairman of Joint Performance Review.

Traditionally candidates will hold their announcements until closer to the election year in which they plan to run. When asked why he was announcing two years before the next election, Hammer said “I believe it is important for candidates and their political Parties to have a succession plan. An early announcement allows the Republican Party enough time to recruit a good candidate for this House seat and gives me enough time to effectively connect with voters in the Senate district.”

Hammer has represented House District 28 since 2010 and was unopposed this election cycle. District 28 is made up of the Benton area and central Saline County. He is seeking the Republican nomination in State Senate District 33, which includes parts of Saline and Pulaski counties. He has been involved with several community organizations.

In his spare time, he enjoys hunting, fishing, and spending time on the family farm. He and his wife, Karen Hammer, enjoy spending time with their three children and five grandchildren all who live in Saline County.