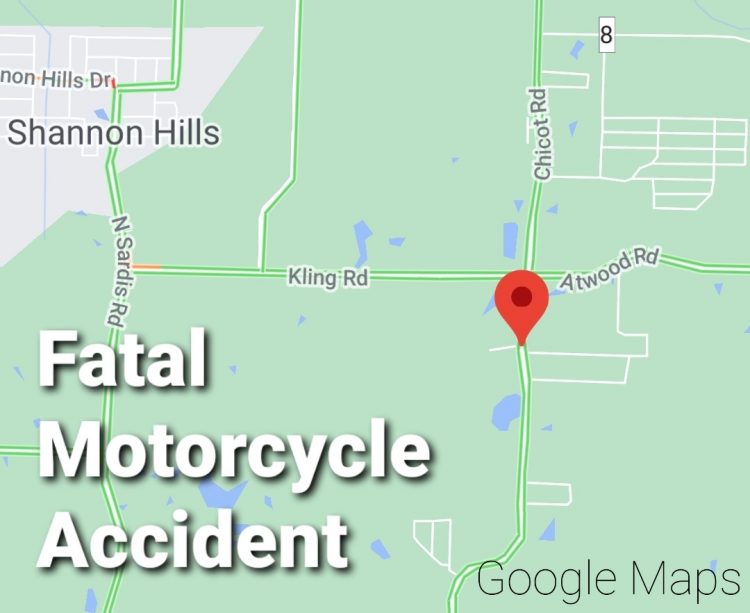 A man died Tuesday about 6 p.m. in a motorcycle wreck on a Saline County road, sending a passenger to the hospital as well. Another victim in a truck was uninjured.

Timothy Sanders, age 37, of Little Rock, was driving a black Suzuki XR1 motorcycle N/B on Chicot Road with a female passenger on the back.

The Saline County Sheriff’s Office issued a statement saying it appears the cause of the accident was excessive speed on the part of the motorcycle driver. Witnesses said they saw the motorcycle prior to the accident driving reckless, passing vehicles at speeds they estimated to be 90-100 mph.

Sanders struck a 2017 GMC Sierra truck, on its side at the intersection of Chicot Road and Russwood. Sanders was pronounced dead at the scene by Saline County Coroner Kevin Cleghorn at 7:30 p.m.

The motorcycle also struck a guide wire for electricity, causing power to go out in the area. Electricity was restored a short time later.

The passenger, a 35-year-old female was transported by medflight to Baptist Health Medical Center in Little Rock. The driver of the truck, a Mabelvale resident, was not injured and was released.

Blood was drawn from both drivers for toxicological exam, results are pending.