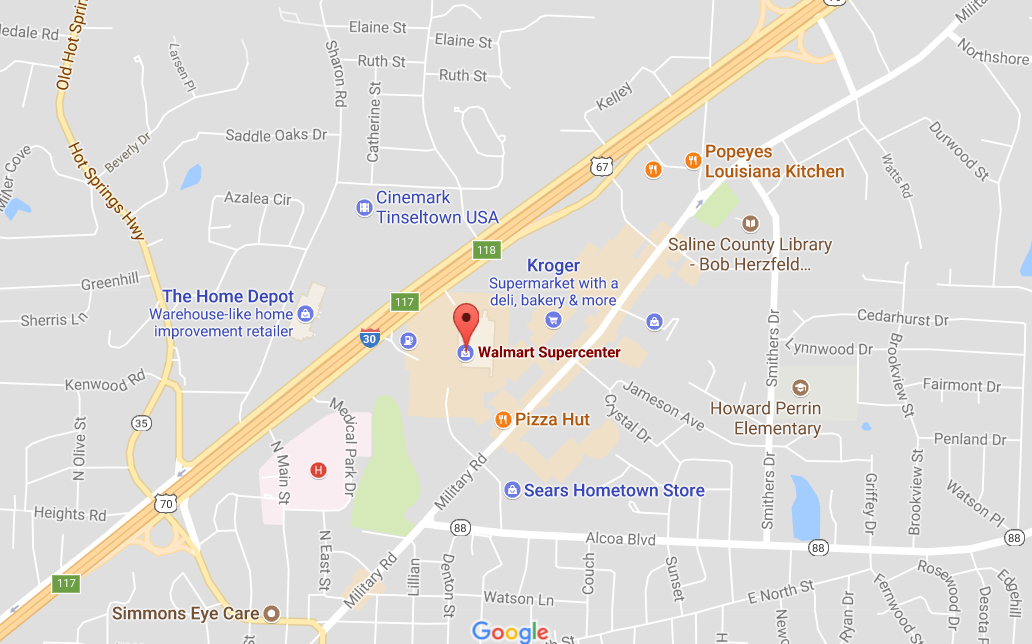 The police report from a mugging incident Monday morning, September 18, 2017 has been amended to describe the suspect as a black male juvenile. Except for names and exact address, this is the report narrative, verbatim:

Upon my arrival I made contact with [85-year-old white female victim], who reported that while she was shopping at Walmart in the homegoods department a black male snatched her purse from her basket. [The victim] advised her bag was attached to her basket and when the subject grabbed her purse he knocked her basket over and pushed her to the ground. [The victim] sustained small cuts and bruising to her right and left legs.

Walmart staff advised the black male fled the store and got into a grey Chevy pickup truck and left the area. The trucks LPN number was 512 VPA and returned to an address located [in the 3100 block of] Military Rd. in Benton.

The suspect was described as a black male wearing a red shirt and blue jeans. Video footage of the suspect and incident is pending from Walmart.

[The vehicle owner] reported that earlier in the day she picked up [J1] and [J2] from an unknown address off Baseline in Little Rock.

I made contact with [the adult male] who was also present at the residence on Military and he reported that [J1] ran out of the store and got into the vehicle with the stolen purse. [The adult male] advised that they dropped [J1] off on Baseline in Little Rock.

[The vehicle owner] and [the adult male] both provided written and verbal statements. Body camera footage of the incident has been labelled and classified.

No further has been taken by [the officer] at this time.

According to the Benton Police Department, about 10:30 a.m. on Monday, September 18, 2017, an 85-year-old Benton woman reported that she was mugged at Walmart. The victim told officers a man knocked her over inside the store and stole her purse.

Family members say there has been no arrest yet, but the surveillance video from the store got a clear image of the suspect’s vehicle and license plate number. The suspect is described as a Hispanic male about 5 feet tall, wearing a red shirt and possibly wearing jeans.

That is all the information available to the public at this time.