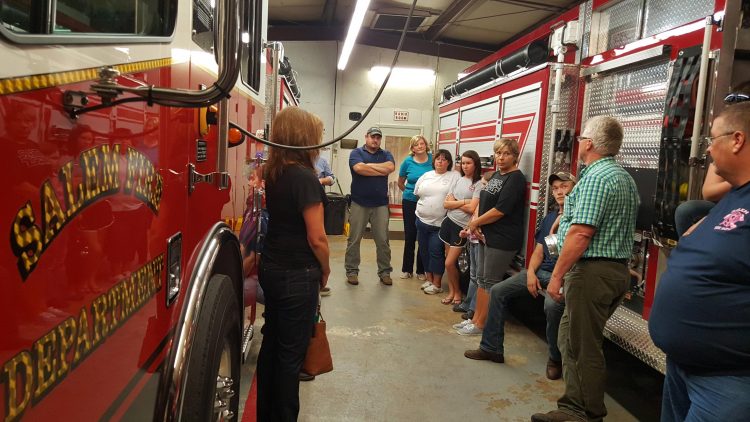 I sat at the Salem Fire Department main station on Salem Road tonight in Benton, talking with firefighters and their families. We were all waiting to hear the final vote count from the election to ask for an increase in fire dues. The increase would mean the fire department could hire on two full-time employees. The Department has about 25 firefighters on staff, but most of them are volunteers and have another job during the day hours. The extra funds would mean that a fire or medical emergency during the day could rely on someone right nearby to help them immediately.

Unfortunately, County Clerk Doug Curtis was burdened with bad news to deliver to the twenty or so hopeful faces of people standing between two fire engines.

The vote came down to 627 votes cast.