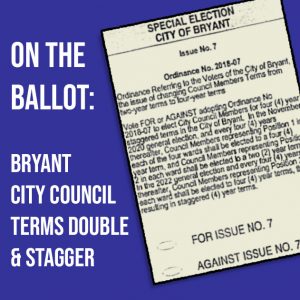 Issue 7 on the ballot on November 6th is about term limits for City Council members in Bryant. The City of Bryant passed an ordinance to ask voters to decide whether to change the tw0-year terms to four years, and to stagger the positions.

The ordinance states that “four-year terms would provide better continuity and stability in City government and would benefit the City by reducing disruption and allowing newly-elected Council members more time to become effective policy-makers.”

Council Members Butch Higginbotham and Carlton Billingsley requested this ordinance in accordance with Arkansas Code Annotated Sec. 14-43-312. See the red letters below for the relevant excerpt.

If approved, this would mean:

Here is how the Issue is worded on the ballot: 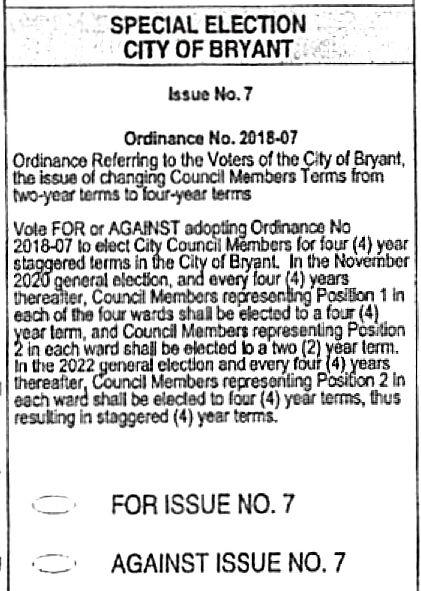