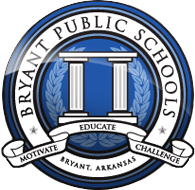 The good news is there were no kids on the bus. According to Bryant School District Spokesperson Devin Sherrill, there was an accident Monday morning in Paron, involving one of the District’s school buses.

Sherrill stated, “The accident happened on Highway 298 (Paron area). The driver was returning after dropping off students. No students were on the bus when the accident occurred. The driver ran off the road and hit a tree. The driver was taken to Saline Memorial by ambulance and has already been released from the hospital. Our mechanics have not had a chance to assess damage to the bus.”

The driver has not been identified.