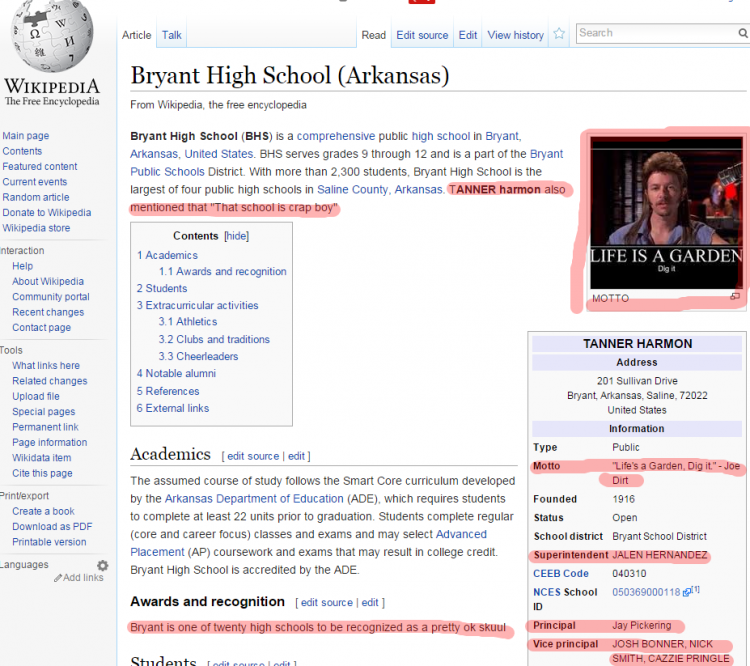 It would appear that someone – perhaps a student – has taken liberties with Bryant High School’s page on Wikipedia. (click image at right to view larger) It may or may not be the same when you look at it, but the screenshot below shows some glaring examples of tampering. Among many are a quote from the David Spade movie, “Joe Dirt” as the school’s motto and this entry regarding the football team’s prowess:

“The 2015-2016 football team is the only football team in american history to have the offensive line go straight to the NFL after High school becuase of Athletic Abilities.” Later in the paragraph, it disparages one teammate, using an obviously false quote from Bryant Head Football Coach Paul Calley.

There are also several names in the sidebar, that appear to be student names substituted for faculty member names. They’re easy to pick out, in all capital letters.

If you log in on Wikipedia, you can see that the revision history notes that the last few edits were from November 2-3, but several edits have happened recently, beginning in October. Usernames are those of students, but that doesn’t mean those students made the names. When you don’t sign in to make edits, Wikipedia shows your Internet Protocol (IP) address publicly instead of a username. At least one person did this, and upon looking up the IP address, I find that 166.173.187.202 belongs to someone who uses AT&T on their mobile connection.

I’ve emailed the school to make them aware of the situation. I can’t say if they already knew or if they are working on fixing it. The school’s page has been more popular over the past two days, according to Wikipedia’s page view statistics (see below). The whole page and the revision/edit page are shown in screenshots at the bottom of this blog. (click images to enlarge) 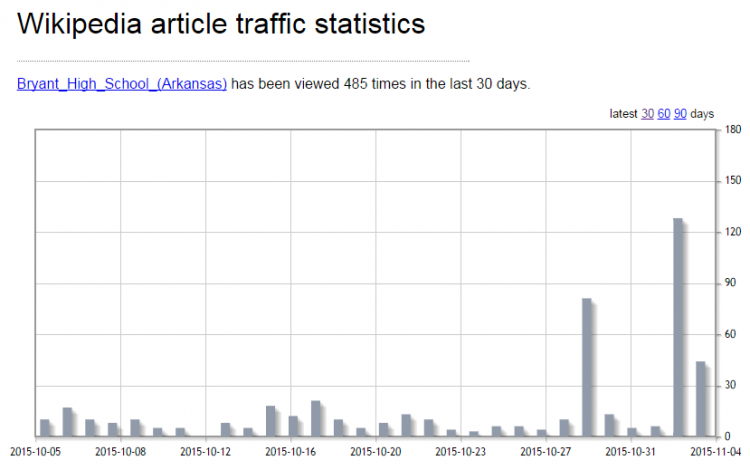 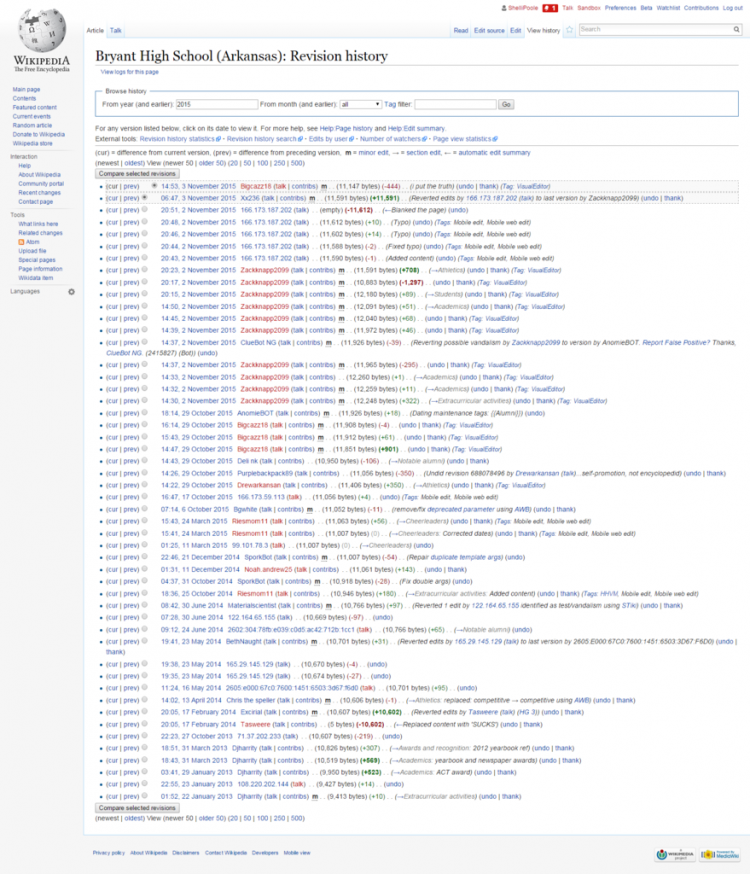