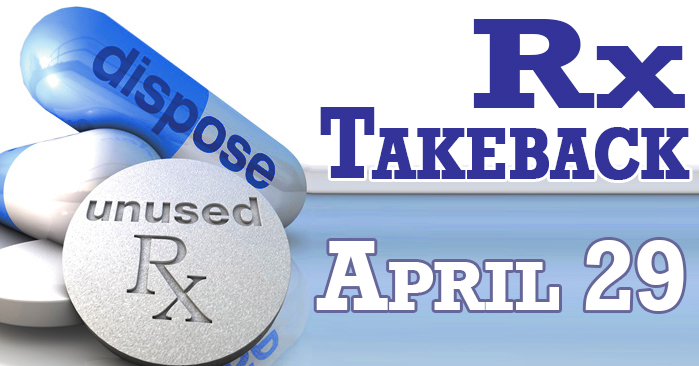 The Benton Police Department announced the 14th “Operation Medicine Cabinet” will be held in the parking lot of Walmart in Benton, located at 17309 Interstate 30. This event, part of the Arkansas Drug Take Back Day, will be held on Saturday, April 29th, from 10 a.m. to 2 p.m.

The Bryant Police Department will also participate in this event by hosting a dropoff location at the Bryant Walmart during the same times.

Drop off expired or unused medications at the event. Officers will not ask for any identification or other questions regarding the prescriptions being dropped off. Medications can also be dropped off anytime day or night into a box at the front of the Benton Police Department, located at 114 S. East St. The prescription medications will later be counted for statistical purposes and destroyed at a facility in an environmentally safe manner.

Operation Medicine Cabinet XIV, and the state-wide event, are both dedicated to the late William “Will” Christian Doerhoff and WillsWork.org. Will Doerhoff was a college student who after being peer-pressured into abusing prescription opioids began using heroin, which ultimately led to a sudden death. His parents created WillsWork.org to not only tell the story of their son, but to also warn people about the signs of prescription drug abuse. The family also created the Speak Up-Speak Out program in which state and federal leaders speak to students at universities throughout the state about prescription drug abuse and the Arkansas Drug Take Back program.

A large portion of people who abuse prescription opioids report that they obtained them in the homes of loved ones, including 42 percent of teenagers obtaining prescription medicines from their parent’s medicine cabinet. Also, 64 percent of teenagers (age 12-17) that have abused prescription pain relievers say they got them from friends or relatives. About two-thirds of all prescription drugs (which also include stimulants such as Adderall and depressants like Ativan) illegally obtained are taken from people’s homes and not pharmacies or off the street.

But we can reverse the epidemic by taking precautions, such as locking up medications, and by participating in events such as Operation Medicine Cabinet. The medicines collected will be handled by law enforcement officers and will then be disposed in an environmentally safe manner. The protection of the environment is another reason to participate in Operation Medicine Cabinet.

Medicines that are flushed or poured down the drain can end up polluting our waters, impacting aquatic species, and contaminating our food and water supplies. Most medicines are not removed by wastewater treatment plants or septic systems. Scientists have found medicines in surface, ground and marine waters as well as soils and sediments in the Pacific Northwest. Even at very low levels, medicines in the environment hurt aquatic life.

Medicines are a special type of hazardous chemical which are not safe in solid waste systems and landfills. Drugs can be very toxic for people and wildlife, even in low doses. Just as we do not put used motor oil or leftover paint thinner in the trash, we should not put these extremely potent pharmaceutical chemicals into unsecured curbside trash cans.

For more information and for a list of locations across the state where medicines can be dropped off, visit www.artakeback.org.