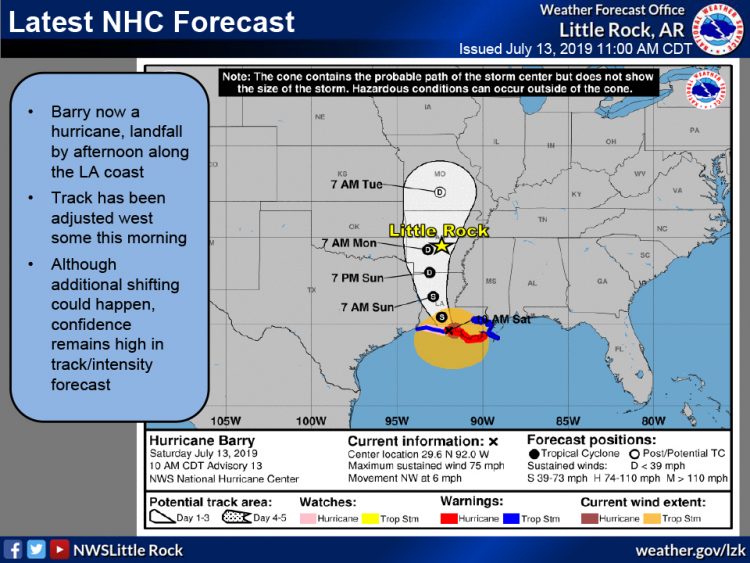 The potential for heavy rain and flooding from Hurricane Barry will increase in the coming days, according to the National Weather Service in Little Rock – primarily along and east of the storm’s track. Current movement is northwest at 6 mph.  With the track of the storm shifted to the west, the area of heaviest rain has moved west and the area of isolated tornadoes has also been moved westward.

Bottom Line:
• 4-6 inches of rain in Saline County, as well as wind gusts from 3-35 mph.
What:
• Hurricane Barry is expected to make landfall along the Gulf Coast soon
• Storm total rainfall and max winds have been increased
• Flood potential will be greatest along and east of the storm track
• Isolated tornadoes are possible as well
Where/When:
• Heavy rain and flash flooding: heavy rain possible statewide with the threat of flash flooding greatest across the eastern half of AR beginning late Saturday and lasting into at least Monday
• River flooding: eastern basins most susceptible late next week and beyond
• Tornadoes: most likely across southern, central, eastern AR with any rainbands today through late Monday
• Winds: max sustained winds of 25 to 30 mph with max gusts to 40 mph, primarily in eastern AR Sunday into Monday
Impacts:
• Flash/river flooding may affect agriculture, travel, and infrastructure, including inundation of farmland, roads, and buildings
• Any tornadoes that develop will pose an immediate threat to life/property
• Strong winds could cause downed trees and powerlines 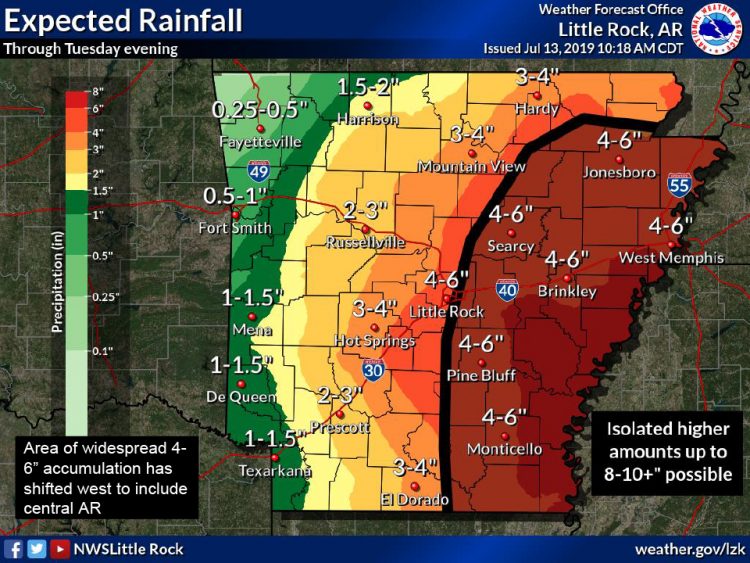 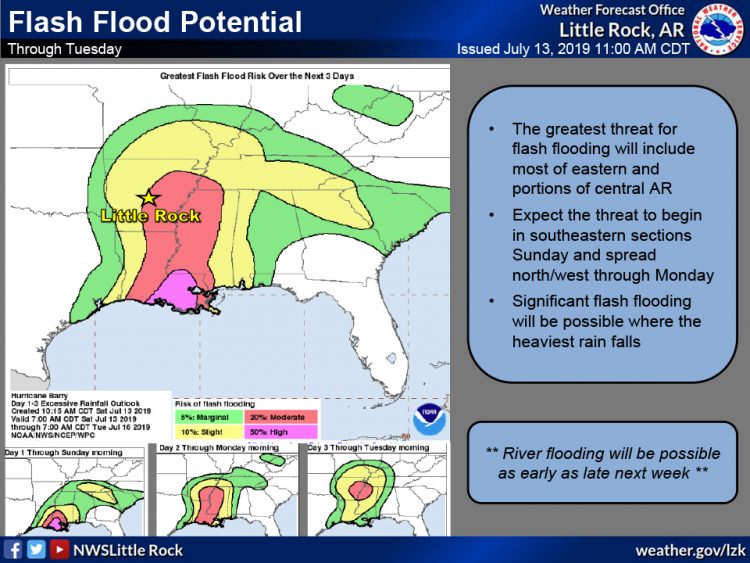 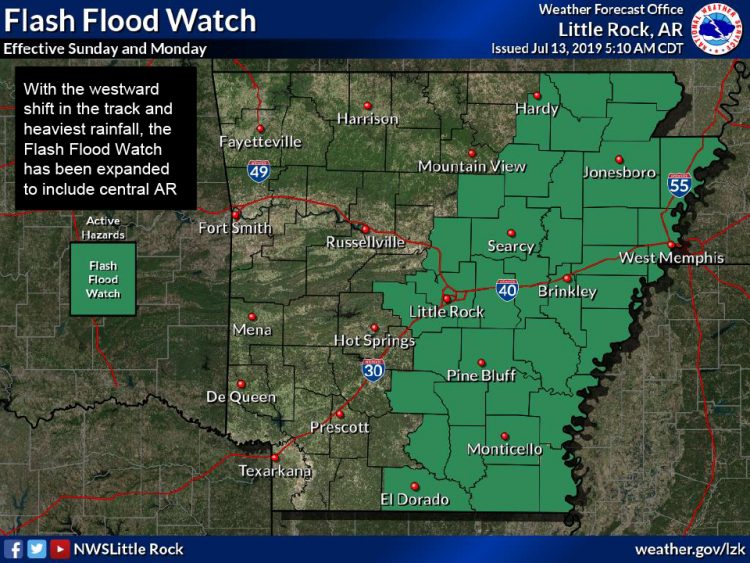 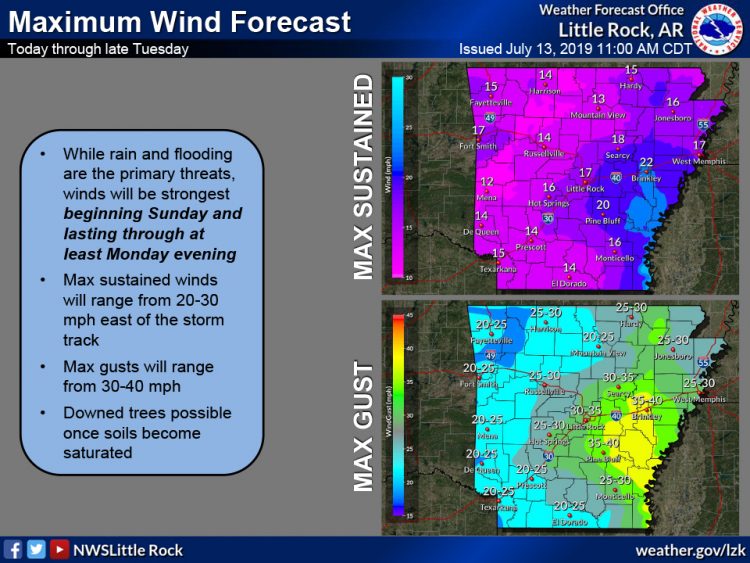 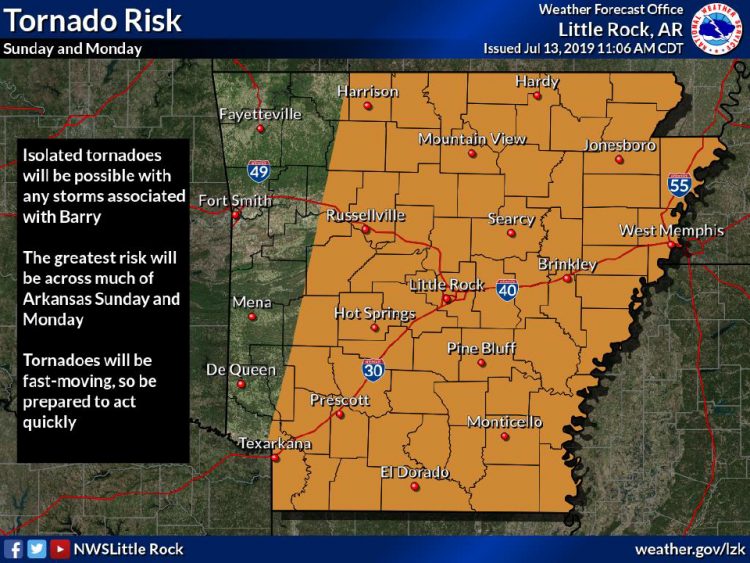