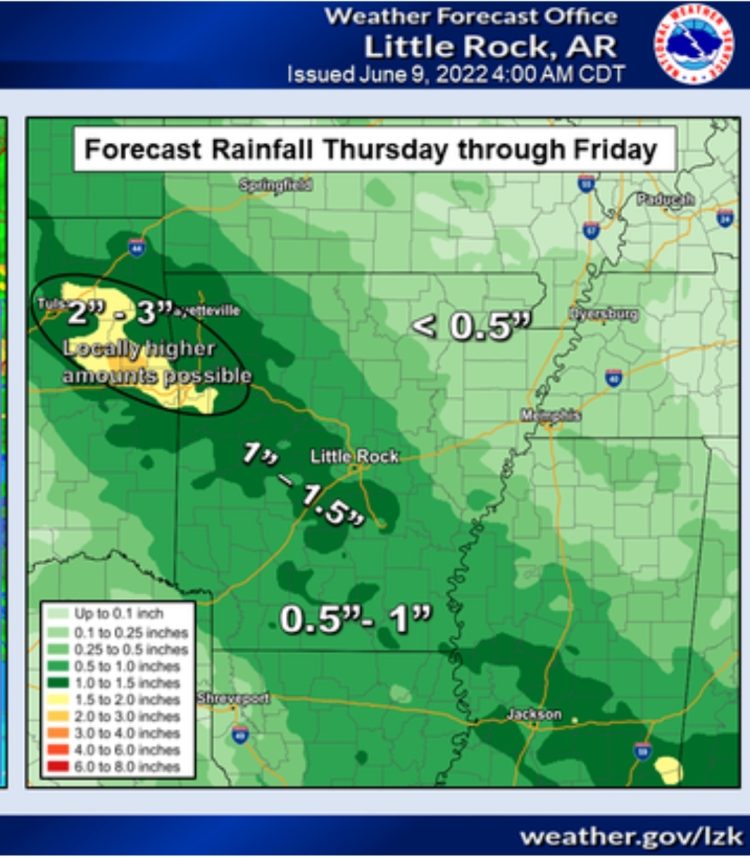 The National Weather Service in Little Rock has issued a Flood Watch effective until Friday, June 10th at 2:00 p.m. 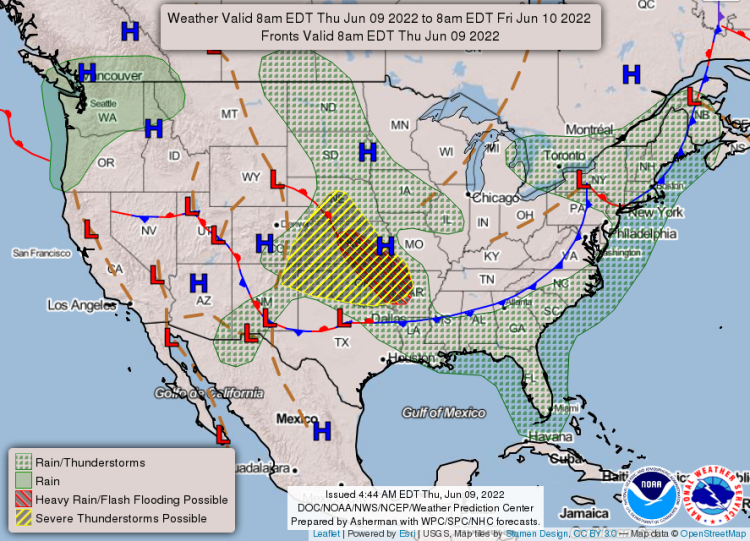 From late Thursday night through Friday afternoon, excessive runoff may result in flooding of rivers, creeks, streams, and other low-lying and flood-prone locations. Heavy rain is expected over areas that have already seen significant precipitation over the past several days. Widespread rainfall of 1-3 inches will be possible with locally heavier amounts. The ground is saturated in many areas from recent rain and is simply unable to absorb any more water leading to run off issues and subsequent flooding concerns. 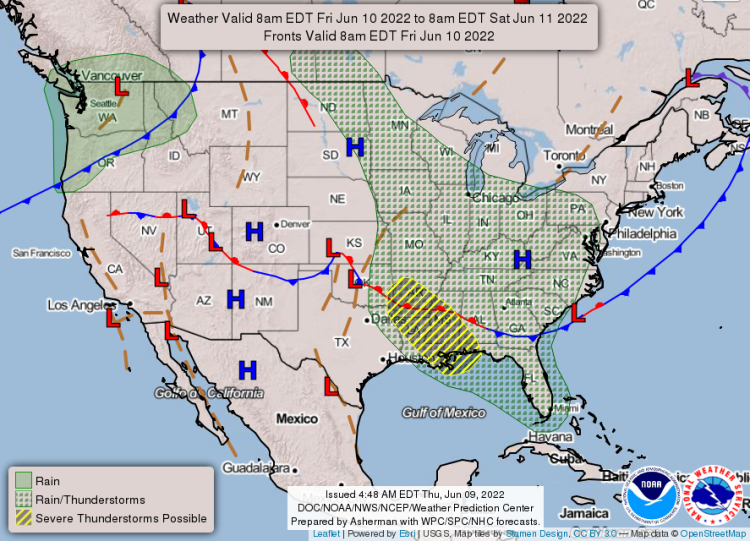 There may be flooding caused by excessive rainfall in portions of the following areas: 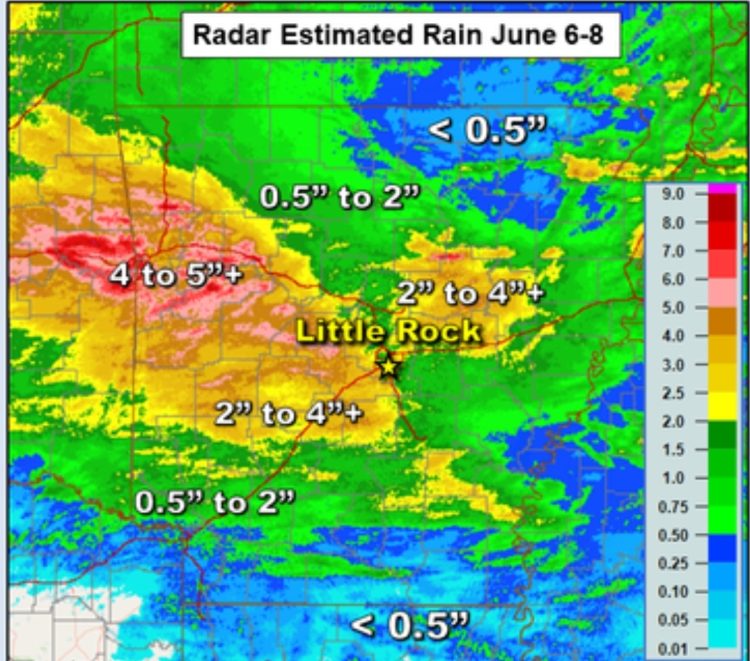