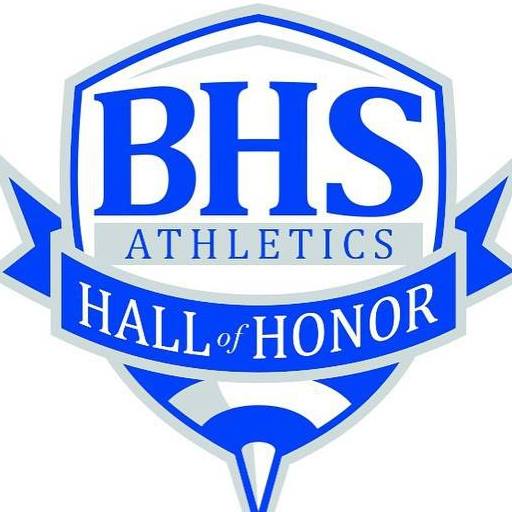 The Bryant Athletic Hall of Honor Board of Directors has chosen the 2017 inductees. On Saturday, June 3rd, at 6:30 p.m., the a reception and induction ceremony will be held at the main building at Bryant High School, in the multi-media center. The public is invited.

The list of those to be inducted for 2017 follows:

Louis Besancon in 1960 became the first Bryant Hornet to be selected for the All-State First Team in football where he lettered for four years, he excelled in baseball and track and field where in 1961 he won the long jump at the Meet of Champions. In 1965, he earned All-America honors in track at Arkansas Tech University and was inducted to their Intercollegiate Athletics Hall of Honor in 2008.

Rick Keating in 1972 became the first Bryant Hornet to receive a Division 1 scholarship to play college football. He signed with the University of Southwestern Louisiana (now University of Louisiana at Lafayette), after receiving offers from Arkansas State, the Naval and Air Force Academies and Dartmouth. Keating was a three-year letterman at Bryant in football, basketball and track and field.

Bryant Lady Hornet’s 1981-82 basketball team became the first state and overall championship team in Bryant history.  With a record of 34-1 they would finish 3rd in the Nation. The team included Tina Webb, an inaugural inductee into the Hall of Honor, and Karen Aston who is currently the Head Women’s Basketball Coach at the University of Texas.

Chris Rycraw is the All-Time Leading Rusher and All-Time Leader in Touchdowns in Bryant Hornet history. From his three years at Bryant, he still holds the records of the most 100- and 200-yard rushing games and the most carries in a season and a career.  Named to the Arkansas All-AP team, Rycraw would go on to Ouachita Baptist University and become a three-time All-Great American Conference rusher.

Coach Kirk Bock was named the National Federation of High School Coaches Baseball Coach of the Year in 2016. A four-year letterman in baseball at UCA, Bock served as head baseball coach at Mountainburg, Van Buren, Harrison and Bryant, compiling a record of 606-153 with five state championships, four of those at Bryant, two state runner-ups and twelve conference championships. He was named ABCA National Coach of the year in 2005 and 2008, and he has been selected to coach in 12 Arkansas High School All-Star Games. He retired from coaching after the 2016 season to become Assistant Athletic Director.

Coach Tom Farmer was an All-American Defensive Tackle at the University of Arkansas at Monticello and became the Head Coach of the Bryant Hornets in the fall of 1990 and Athletic Director in 1994 growing the number of varsity sports at Bryant from 7 to 20 and improving facilities throughout the district, including the indoor practice facility and new baseball field.  He also provided the vision and the drive for the establishment of the Salt Bowl which is now annually the largest high school game each year in the state of Arkansas and possibly the nation.

Previous inductees are now a part of a Bryant Athletic Hall of Honor display located in the lobby of the Bryant High School Gym.