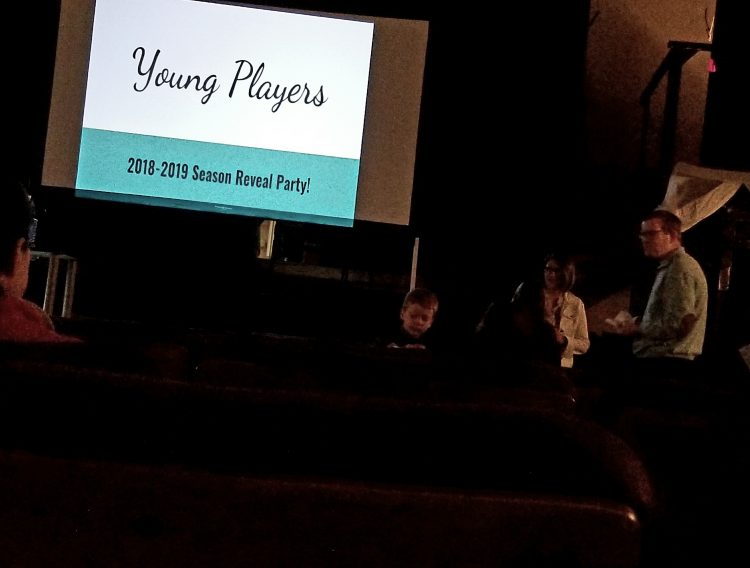 The Young Players came together at the Royal Theatre Saturday morning to reveal the shows for their new season. This group has been producing shows like “Les Miz,” “My Fair Lady,” and “Anne of Green Gables” since 2002, casting kids and teaching them the ins and outs of acting, singing and dancing in live shows. 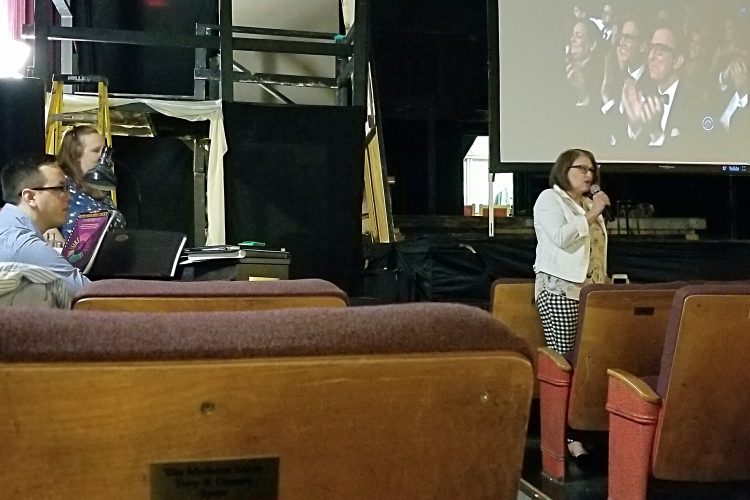 Daphne Shoppach began the program by welcoming the audience, comprised mostly of elementary to high school age kids and their family. Shoppach stated that kids join Young Players productions for many reasons, “but in the end, we hope they all leave with skills to make them successful in life no matter what path choose.” 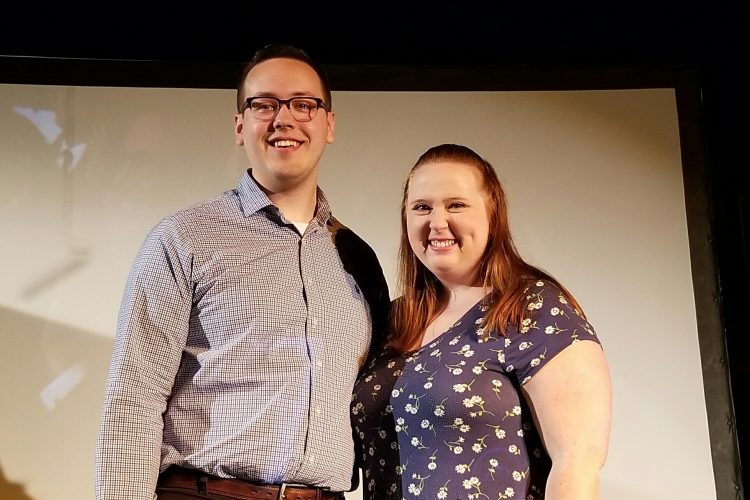 Tanner Oglesby and Angela Morgan take the crowd through clues to reveal the upcoming season for the Young Players.

Shoppach then introduced Tanner Oglesby and Angela Morgan, who took the state to lead the crowd through a series of clues so we could all guess what shows were upcoming. 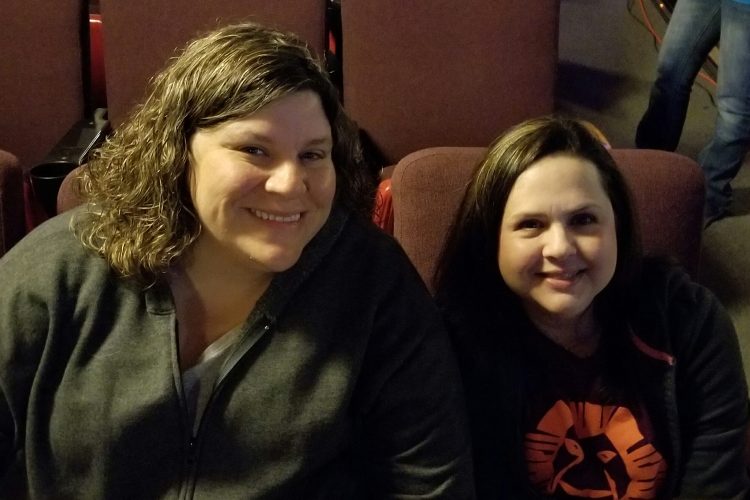 The kids were good guessers, but one show was new to everyone except a couple of people in the room. That’s because one Saline County resident with a theater resume of his own, John Haman, wrote it himself. 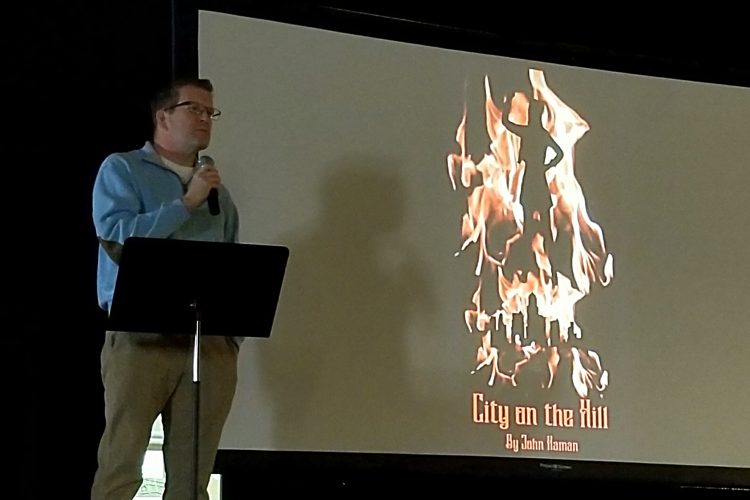 Saline County resident John Haman has written a play and will direct it for the Young Players in March 2019.

Haman describes it thusly: “In a dystopian future United States, a high-school hate crime sets off a revolution against bigoted, totalitarian rule.”

He says it features a powerful teenage heroine, a strong character of color and a provocative fight scene.
Oglesby and Morgan continued to carry us through the program, working backward from July 2019 to the big announcement of a featured production in September of the year. See the list below for all the shows and the month each one will grace the stage. 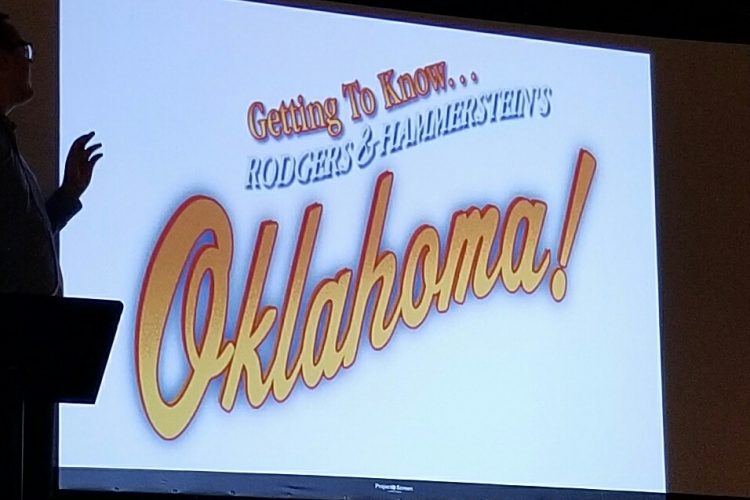 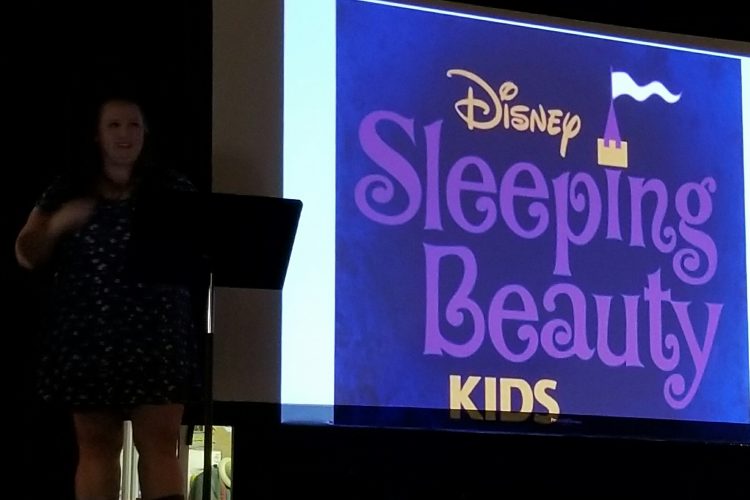 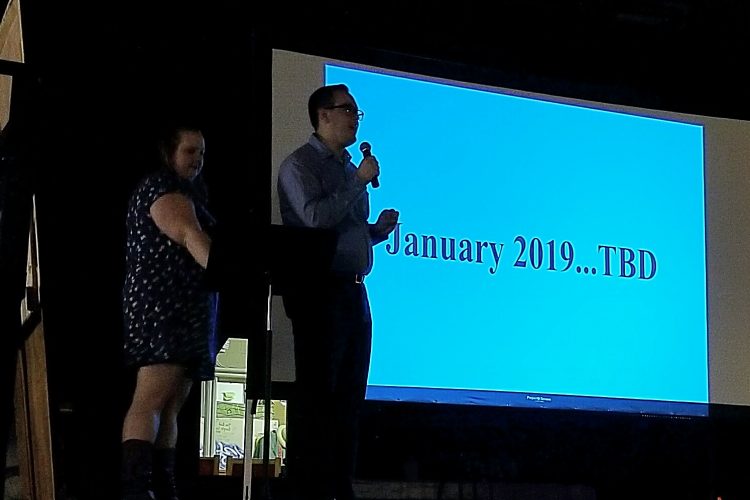 The January 2019 production is yet to be announced. 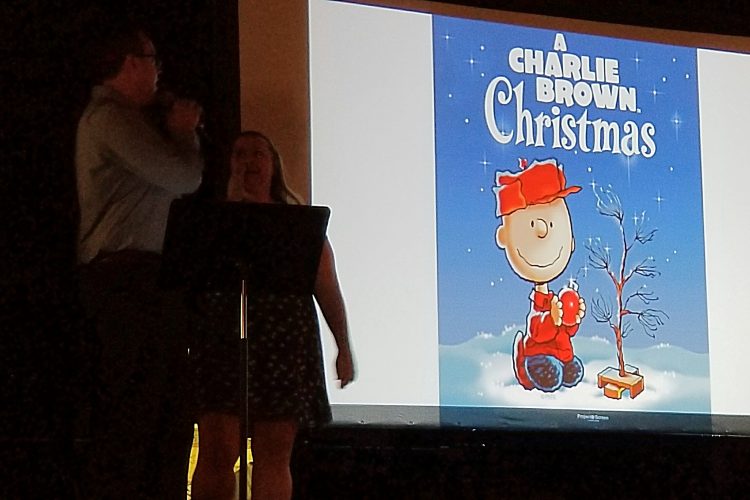 If you’re interested in learning more about the Young Players, or if you’re looking for auditions or showtimes, follow their Facebook page at https://www.facebook.com/bentonroyalplayers/ or visit TheRoyalPlayers.com.