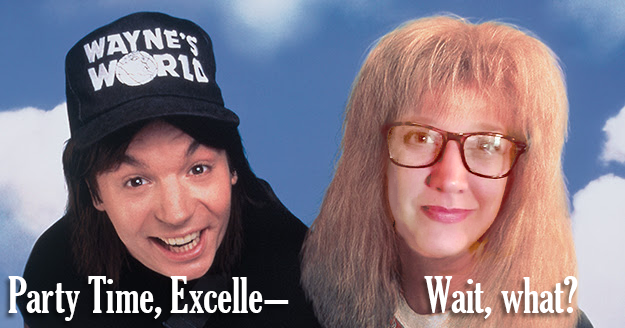 That’s right. I’m a movie star. Do you want my autograph? Ok, maybe I’m a starlet. Well probably a sparkler, like on the 4th of July – it shines wide and bright and then quickly fizzles. That’s pretty much how you can look at my film career. I was an extra in the feature film Wayne’s World, starring (actual stars) Mike Myers as Wayne, Dana Carvey as Garth and Tia Carrere as Cassandra. They worked countless hours and got paid tons of money. My friend Kristi Kolberg and I worked 14 hours, got paid $100, and on our paycheck stub, it said our titles were “Rocker Babe.” The money and the paystub are long gone, but the movie lives to corroborate my story. Scroll down for video. 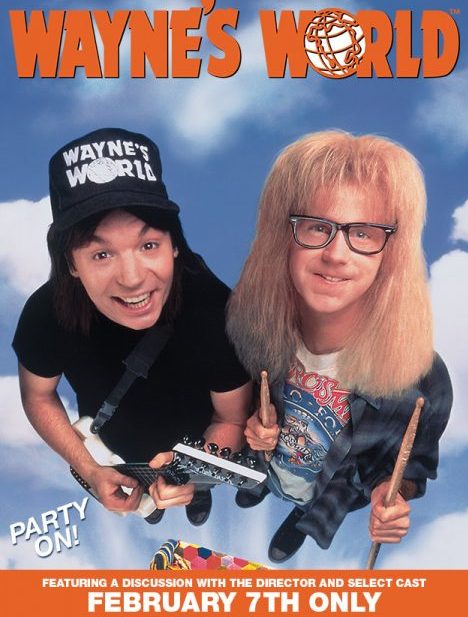 I swear I’m only in the movie for *that* long, but if you feel the need to look for me in it… Here is a video with stills and clips of where my friend Kristi and I appeared.

Where in the movie: It’s after the famous Bohemian Rhapsody scene in the car. It’s the scene where Wayne & Garth go to the Gaslight club and they first see Cassandra on stage. We’re at the front middle of the stage, banging our heads to “Let Me Stand Next to Your Fire.” We appear very briefly as W&G walk in behind the stage, and then again after Garth tases a big guy.

In this video: 1st) stills so you can see where to find us, 2nd) then the clips, and 3rd) then the same clips but in slow-mo.