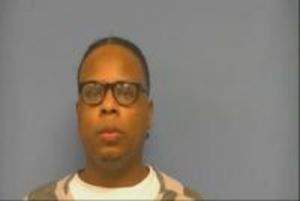 A Saline County jury recently sentenced Montrell Ventry, age 29, to Life in Prison with eligibility for parole after 18 years, according to Prosecuting Attorney Chris Walton. The hearing lasted three days and the jury decided the sentence on August 30, 2019 for the Capital Murder of Nicholas Jones.

The events of the case happened in 2007 and Ventry was already sentenced for these crimes in 2008 to Life in Prison Without Parole, after he was found guilty of Capital Murder and Aggravated Robbery. Ventry was a juvenile – age 17 – at the time the murder was committed. Since then, the U.S. Supreme Court has ruled that juveniles cannot be sentenced to a mandatory life sentence without consideration of the fact that juveniles are different from adult offenders. Ventry was one of more than 50 juveniles who were ordered to be re-sentenced under the new law which allows a jury to consider a sentence of 10-40 years or life in prison with parole eligibility after 30 years.

At the re-sentencing hearing recently, the State presented evidence from the surviving robbery victim, Eddie Dixon. Dixon testified that on August 7, 2007 he asked his cousin, Nicholas Jones to drive him to Benton to meet a girl that Dixon had met through social media. Since Dixon and Jones were unfamiliar with Benton, the girl provided directions. She led them to an industrial area where three robbers ordered them from their vehicle and took the contents of their pockets.

Dixon stated that he and Jones were held at gunpoint on their knees and told to strip. Dixon was told to crawl to the back of a building. He heard two gunshots and the sound of the robbers stealing Jones’ Nissan Altima. Dixon testified that he could not find his cousin in the dark but dressed and ran to the nearest place that had lights, the Saline County Detention Center.

At the same time that Dixon was reporting the robbery to officials at the jail, Jones ran to a home nearby. The homeowner reported to police that a man was bleeding on her porch. Jones had been shot in the face and later died.

On August 8, 2007, Ventry was stopped by police in Whitehall, Arkansas for erratic driving. He was driving the victim’s stolen Altima. The officer that stopped Ventry testified that Ventry got out of the vehicle and ran. When he was captured Ventry was singing and rapping about how he had shot a man in the head, and was going to burn in hell.

The State also presented evidence at the hearing that Ventry had escaped from transport officers when he was being taken to jail from a court appearance. Witnesses testified that he disengaged handcuffs and leg irons and ran from police. He was captured by another inmate and a civilian. Ventry’s disciplinary record from prison was also introduced at the hearing. Ventry amassed 63 disciplinary violations while in the custody of the Department of Corrections.

Prosecuting Attorney Chris Walton argued that the life sentence was appropriate in light of the viciousness of the crime, as well as Ventry’s demonstrated record of bad behavior in prison. Ventry will be eligible for parole in 18 years.