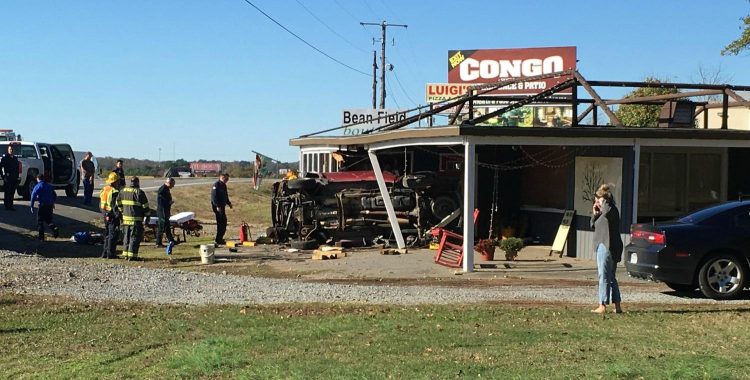 According to witnesses, a red Ford Ranger was traveling west on the Interstate 30 access road. Witnesses say it veered to the right, hit a mailbox, flipped about three times and then collided with the Bean Field Boutique.

Vanessa, in the second video below, said she was driving behind him, saw the driver crash and was the first to check on him. She said he was alone.

Dale, in the third video, owns the Mustang restoration business next door, said it was his mailbox that was struck. He refers to the boutique building as “the dairy bar,” since that’s what was in the building years ago. Dale said he came over after he heard the crash and attempted to extract the driver, but the mangled truck would not allow exit. He said Bryant Police and Fire Departments arrived immediately after the attempt.

Photo added. Medflight was on scene but thankfully was not needed for the injured person. Video coming of interview of first responders.

Interview with first responders reveals there was one truck, one person involved. He did roll over and connect with the building. He was trapped and they got him out. Helicopter was still there when I heard from my reporter (aka my dad). Traffic is backed up on the access road (that’s west of Exit 123) and being diverted to Brandon Road, so I expect a backup on Highway 6 North also. I do hear a helicopter now from my office near Hurricane Creek Village. Not sure if that’s it or if the injured is aboard. Photos and video to come.

Witnesses are saying the vehicle in question did not hit Luigi’s, but is in the area of a nearby boutique.

Witness statement: “Just passed by. It’s not Luigis. It’s that little store/boutique right before Luigis. Vehicle is on it’s side and completely in the building. Looked awful.”

MySaline is getting word that “there is a bad traffic accident where a car has overturned and struck the [Luigi’s Restaurant in Bryant] building.  Trapped person.  Helicopter is enroute.” 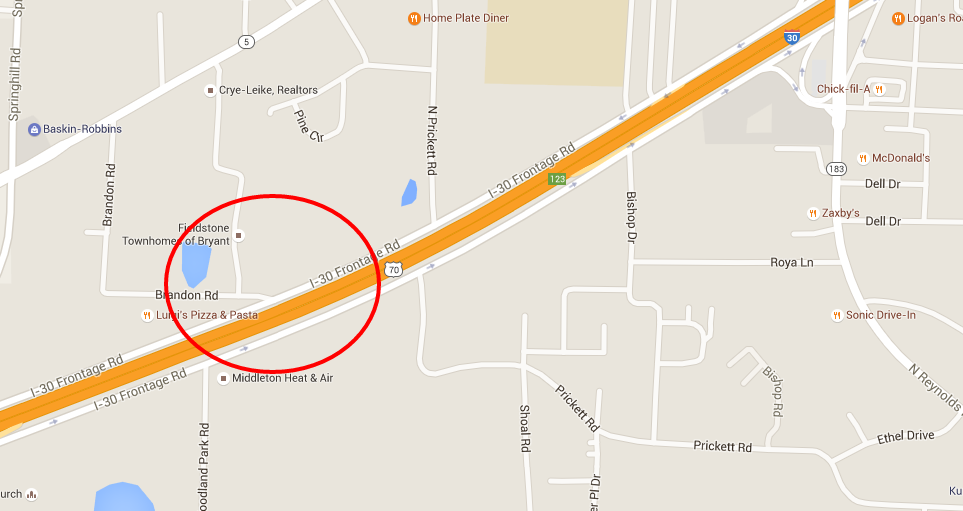