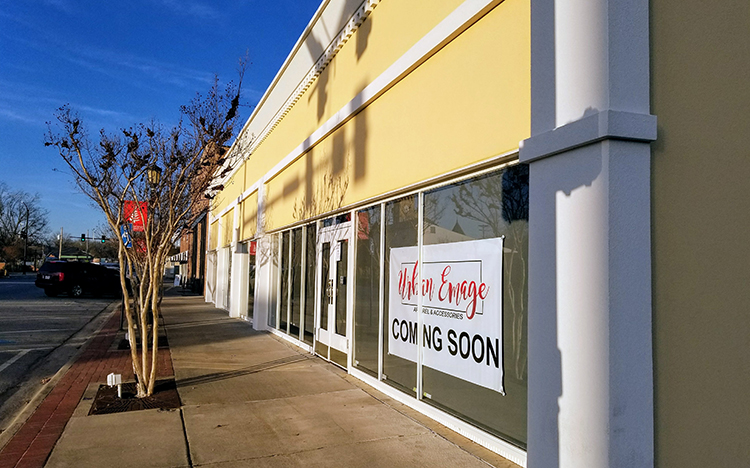 SCROLL DOWN FOR UPDATE

This boutique has been around for about a year, but you’ve seen it on the north side of the Interstate, in the Hickory Square Shopping Center. (By Tropical Smoothie, Tinseltown, Gino’s, etc.) Urban Emage will see their last day in that location on January 6th… But hey wait, they aren’t closing. They’re moving to a new downtown Benton location, where all the new, hip businesses seem to be locating. The new address will be 101. N. Main Street. That puts them in the same block with Lavish Boutique, Nutrition Loft (smoothies/teas) and 111 N. Main (the events venue). The tenants at 101 most recently were the offices of ACDI, before they opened their new headquarters a couple of blocks north of this location. Previous to that, it was Colonial Cleaners for many years. Colonial moved after a fire. See Google Streetview images below. 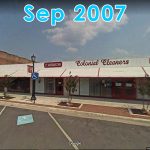 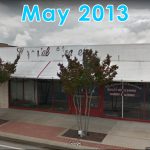 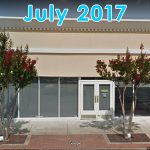 There are lots of new businesses downtown and lots that have been there for years. Take a slow drive around and look at Market Street, Ashley Street, South Street and Main Street especially. Here’s the owner Anna Williams, and staff of Urban Emage cutting a ribbon in front of the Hickory Square location after joining the Benton Area Chamber of Commerce in early 2017. Congrats on your new store!

As we get closer to the store moving, I was able to get in touch with the owner, Anna Williams, and get to know her business better.

Anna tells me she has a fashion background and most recently was in the retail business for five years. She went out on a limb to start Urban Emage in Jan 2017. The store is named after her two children – I wondered why it was spelled differently! Anna’s daughter is named Emerson and her son is named Gage.

Anna decided to move the store location to downtown Benton because she was looking for something with more traffic. The downtown area has a lot of people driving by and walking by, and Anna says this opportunity is exactly what they needed and just fell in their lap. Anna employs two people at Urban Emage.

She confirms that the current location in Hickory Square will have its last day on Saturday, January 6th. The date for the new store on Main Street to be open is Tuesday, January 9th. Anna says they need to have internet set up so that they can do money transactions, so it really depends on that. Regular store hours are Monday through Saturday from 10 a.m. to 6 p.m. To keep up with info about the store, visit their Facebook page at facebook.com/shopurbanemage.