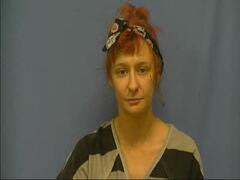 Deputies initiated a traffic stop on an unlicensed gold Oldsmobile. Contact was made with Carrie Thomas, age 30, driver, and Madison Meyers, age 28, passenger. Deputies requested consent to search the vehicle and consent was given. When Madison exited the vehicle she admitted to having a glass pipe in her pants and meth in her pants pocket. Madison was arrested and transported to the jail and charged accordingly. 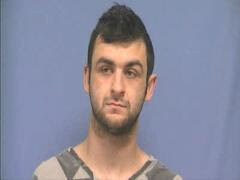 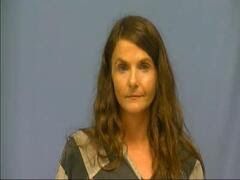 Deputies were dispatched to the 10500 block of W. Sardis Road in reference to a vehicle that was stolen. Deputies made contact with the vehicle owner, who stated that it was stolen sometime after midnight.

A BOLO (be on the lookout) was issued for the vehicle and possible suspects, Morgan Davis and Brendan Leftwich. Bryant Police Department located the suspects and vehicle at Bryant Walmart and took them into custody and transported them to Saline County jail. 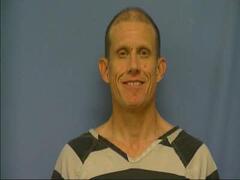 Deputies were dispatched to a residence in reference to a disturbance, called in by a third party. Upon arrival, deputies stated they could hear loud arguing between a male and female. They made contact with Paul Maxwell, age 44, who stated he was alone.

Maxwell is a parolee with a search waiver on file. Deputies entered the home and found a 39-year-old woman in the bathroom. The woman stated that Maxwell had been holding her against her will since the day before, and that he would not let her leave or call for help. Maxwell was taken into custody and charged accordingly.

Deputies were requested by Little Rock Police Department to assist in a stolen vehicle pursuit that was traveling down Arch street. Deputies began pursuing the vehicle at Arch Street and Highway 167. Deputies traveled onto Interstate 530 southbound, where the vehicle came to a stop taking suspects into custody. See more on this story from KATV.