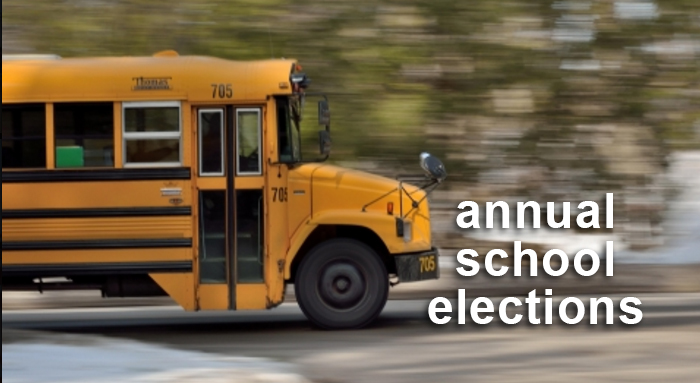 EARLY VOTING for all four schools will be open the following times and locations:

ELECTION DAY VOTING for Harmony Grove Schools will be open:

The electronic voting machines will be used to conduct the election. Paper ballots will be used for Absentee Ballots and Provisional Ballots.

Here is a list of races for Harmony Grove: 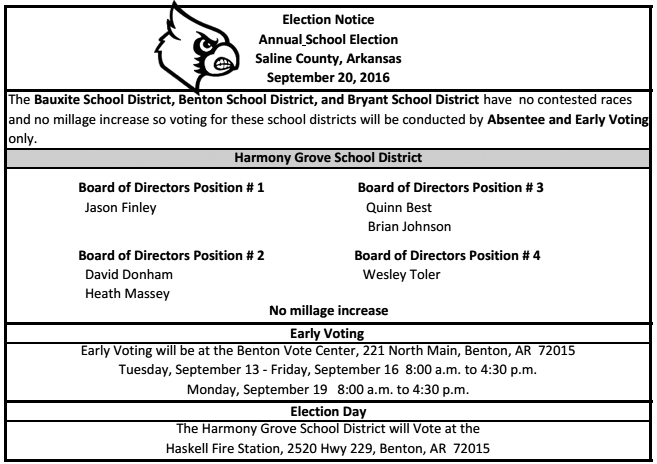 The 2016 Annual School Election is September 13-20, 2016. The Election Commission and the Saline County Clerk’s Office have set locations and times for Early Voting and Election Day Voting.

Something you may not know is that School Districts have the option to skip Election Day voting if there are no contested races and no millage issue. In simple terms, if there’s nothing to decide, then the school district can save their money by not hiring poll workers. How much money? Well, I asked one school district out of the four we have inside Saline County. Benton Superintendent of Schools Mike Skelton was gracious enough to find the following numbers for MySaline to make the comparison. It’s been since 2013 that there was a contested race in Benton Schools, so we started there.

What you’re looking at when skipping an unnecessary election day is a savings of about $13,000. Wow.

Having said that, this year, the Bauxite School District, Benton School District, and Bryant School District have no contested races
and no millage increase so voting for these school districts will be conducted by Absentee and Early
Voting Only. Harmony Grove will have a normal election, including Absentee, Early and Election Day Voting.