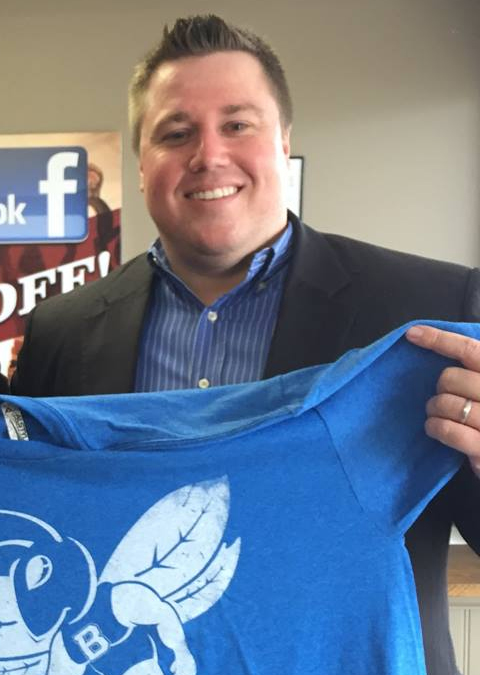 David Hannah, Chair of the Chamber’s Board of Directors, announced that the board met to accept his resignation and has formed a committee to search for his replacement. The committee will include Tracey Elliott, Suzanne Passmore, and Hannah. Rhoden, who joined the chamber in May of 2016, will continue to work with the organization until June 1, 2018.

Rhoden said his decision comes as he and his family plans to relocate to California to live closer to family and where he will become President/CEO of the Palm Desert Area Chamber of Commerce in Southern California.

“My new career will allow us to be within hours of Lorianne’s entire family and our three-year-old son, Micah, the chance to grow up around close loved ones,” Rhoden told the Board. “It has been an honor to serve this community and I appreciate the relationship we have shared over the past two years,” stated Rhoden.

Hannah thanked Todd for his high energy and credited his successful rebranding that he has accomplished for the Bryant Chamber and this great community. During this interim time, Hannah said he has complete confidence in the Chamber staff to continue the work for our members while conducting a search.

More information for the position will be available on the Bryant Chamber website soon.