This is a drive-by update, but if you haven’t noticed, it appears that put Express Oil Change will not be “coming soon” to Military Road in Benton as the sign said in January. The sign for this business is gone and a “for sale” sign is up instead. See below for previous details:

Express Oil Change location *before* clearing the lot. The white building is the former Tobacco Warehouse. You can also see the “Repent” sign that has now been removed.

Military Road has had a long history and many changes in businesses. Soon, an oil change service will take the place where Tobacco Warehouse stood. This caused a little bit of discomfort among residents, because of two things that have gone missing amidst the clearing of the lot.

This is the current view, with the lot cleared.

A discussion sprouted in the Facebook group called “Saline County Happenings and Memories,” after Glenda Harry Jenkins posted a picture of a pecan tree that had been cut down. People love their pecans, and they love their mature trees. But alas, it had to be removed for progress. The discussion on Facebook: facebook.com/groups/492806294121358/permalink/1517219855013325 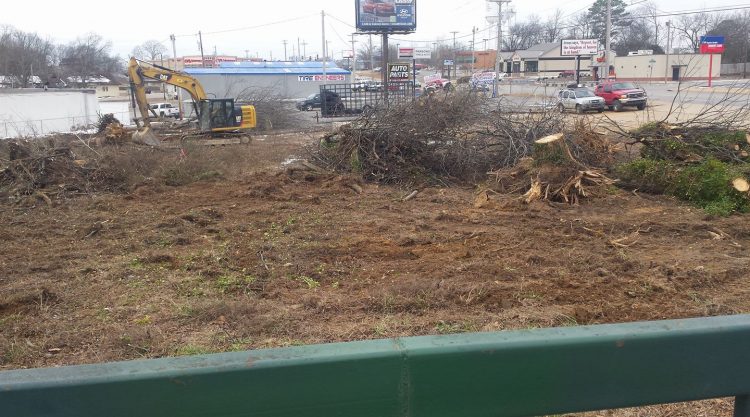 The pecan tree in the discussion. (Photo by Glenda Henry Jenkins)

The next thing discussed was someone hoping the “Repent” sign would stay intact. I don’t know who put it there, or how long it’s been there. Perhaps some readers can enlighten everyone in the comment section. The sign is now gone.

This is the current view, with the lot cleared, from across the street in the Little Caesar’s parking lot. There’s no “Repent” sign. You can see it’s located between Regions Bank and Tire Engineers.

Some of the commenters in the discussion remembered long ago, when there was a small grocery store standing in that spot. Below is a photo of McClennahan’s Store from 1940. This photo comes from this discussion on Facebook: facebook.com/groups/492806294121358/permalink/1027908520611130 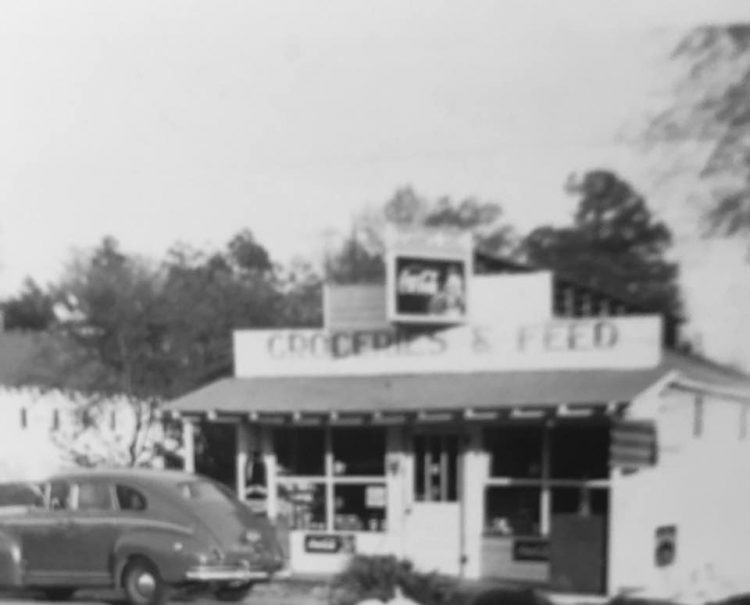 78 years ago… in 1940, this is where Stueart’s Store stood, and later it was McClennahan’s Store on Military Road. (Photo from Steve Perdue’s collection.)