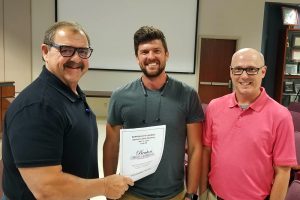 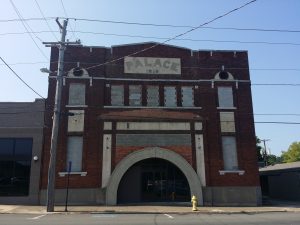 Benton City Council passed a resolution on Thursday night in a Special Meeting at City Hall to allow a local developer to purchase the historic Palace Theater at 224 W. South Street. Benton Mayor Tom Farmer called the meeting of the Council immediately after Hipskind Excavating, LLC – owned by Shawn and Denise Hipskind – made the offer. View the video and/or read below to find the details of the offer and resolution, the state of the building, and the buyer’s plans for future of The Palace.

MySaline reported on Wednesday, that someone made an offer to purchase the Palace Theater, currently owned by the City of Benton. Hipskind initially offered the City $25,000 cash. City Attorney Brent Houston noted at the meeting that according to State Law (A.C.A.§14-54-302(d)), any property sold by a municipality for over $20,000 must be done through an auction. In consideration of the cost of an auction versus the viability of cash in hand, the City drafted the resolution with the price set at $20,000. All eight aldermen present voted to pass Resolution No. 39 of 2019 to allow the sale (Frank Baptist, Jocelyn Cash, Evelyn Reed, Bill Donnor, Judd Hart, James Herzfeld, Steve Lee and Jeff Hamm). Kerry Murphy and Jeff Morrow were not present. 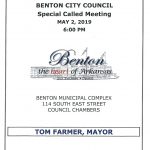 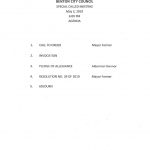 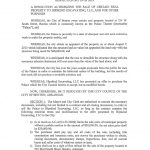 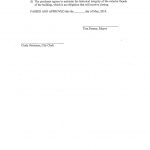 Scroll down for a text copy of the resolution.

The resolution stipulates that Hipskind will not have “right to first refusal” if the City were to sell the adjoining building at 222 W. South Street. That means if the City put that property up for sale, Hipskind would have to compete with others for its purchase. The resolution also binds Hipskind to maintain the historical integrity of the exterior façade of the building. Houston noted that the asbestos in the building was recently abated by the City. The closing date on the sale is in approximately 30 days. 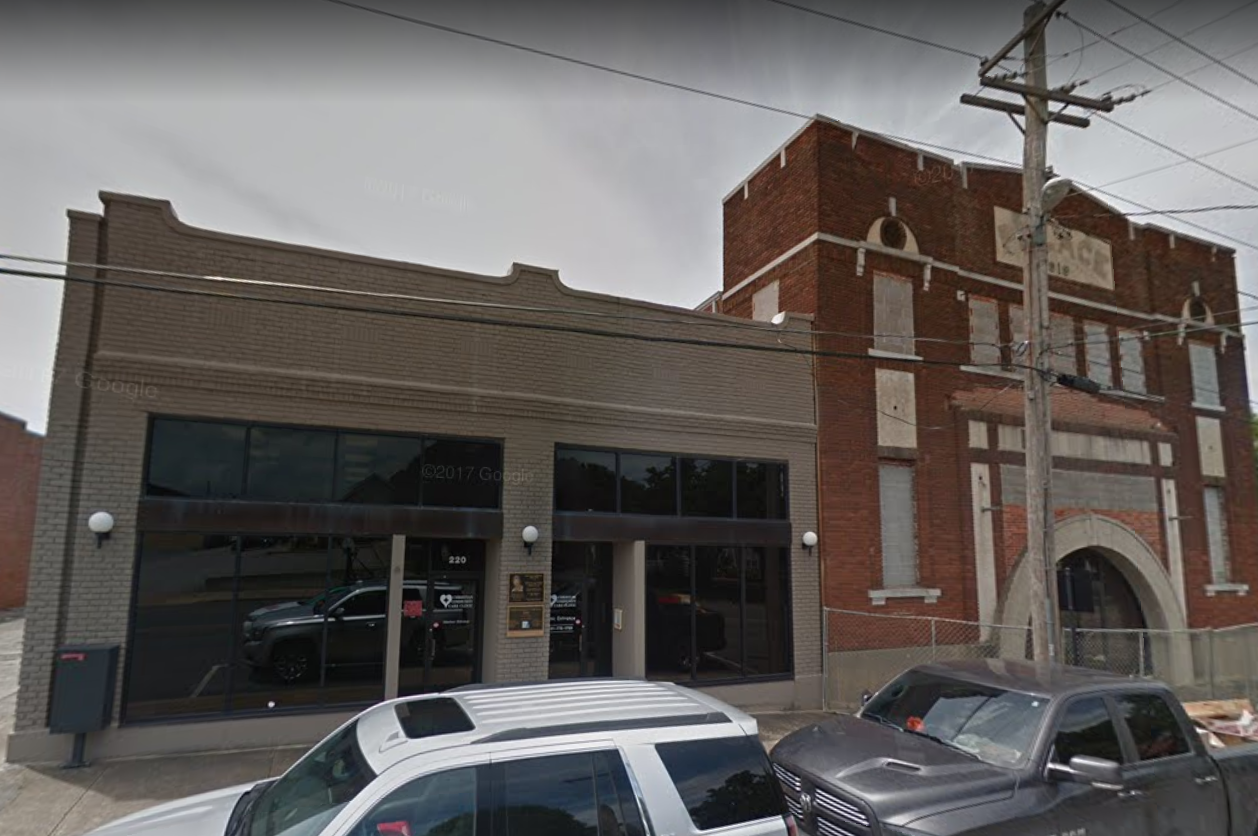 Hipskind is already doing his part to revitalize downtown Benton. He purchased an entire city block of distressed residential structures and built new homes to fit the neighborhood. His plans for The Palace are not set in stone, but he confided in this writer with some specifics. What I can tell you is that he hopes to remove the concrete in the windows and return it to glass, and if possible, remove the arch that was installed on the front entrance by the City decades ago. These two aesthetic aspects were previously among reasons the National Register of Historic Places denied The Palace inclusion on their list. It is, however, included on the Arkansas Register of Historic Places.

Regarding the use of the building, Hipskind hopes to bring food or entertainment options or both. He admitted to the Council members during the meeting that he is optimistic in having a goal to be ready for business before the end of the year. 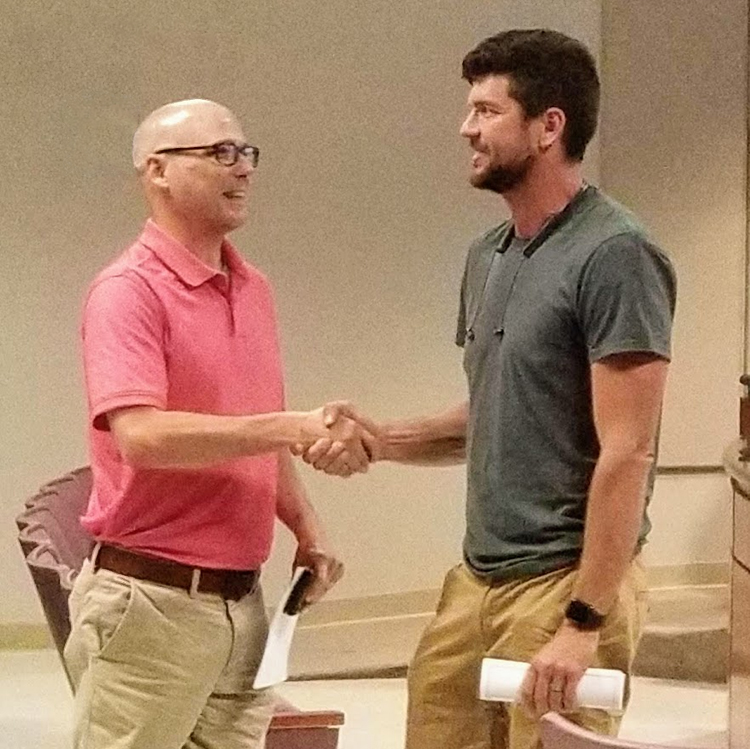 L. to R., Jordan and Hipskind after Resolution 39 passed.

A RESOLUTION AUTHORIZING THE SALE OF CERTAIN REAL PROPERTY TO HIPSKIND EXCAVATING, LLC; AND FOR OTHER PURPOSES

WHEREAS, the City of Benton owns certain real property location at 224 W. South Street, Benton which is commonly known as the Palace Theater (hereinafter “Palace”);and

WHEREAS, THE Palace Is presently in a state of disrepair and will need extensive work to make the property usable; and

WHEREAS, the city obtain an appraisal of the property on or about August 7, 2015 which indicated that the structure had no value but appraised the land only with the structure being razed for $68,600.00; and

WHEREAS, it is anticipated that the cost to demolish the structure along with the necessary asbestos abatement will cost more than the land alone; and

WHEREAS, the City has over the years sought proposals from the public for uses of the Palace in order to maintain the historical nature of the building, but the results of this work did not produce a workable solution; and

WHEREAS, Hipskind Excavating, LLc has presented an off to purchase the Palace which the City Council desires to accept, but as modified herein.

NOW, THEREFORE BE IT RESOLVED BY THE CITY COUNCIL OF THE CITY OF BENTON, ARKANSAS:

SECTION 1: The Mayor and City Clerk are authorized to execute the necessary document, including but not limited to a contract and all closing documents, in order to sell the Palace to Hipskind Excavating, LLC, so long as the contract contains the following essential terms and modifications to the offer presented by Hipskind Excavating, LLC to the City:

b) The purchaser shall pay any and all costs of the sale, including title examination and insurance costs, any survey the purchaser wishes to obtain, closing documents, documentary stamps, inspections, fees, and all normal buyer and seller costs of whatever nature or type;

c) There shall not be a right of first refusal for the sale of the property located at 222 West South Street, Benton, Arkansas;

d) The purchaser agrees to maintain the historical integrity of the exterior façade of the building, which is an obligation that will survive closing.