I have heard about Olde Crow General Store for a while, in fact, MySaline did an article on the owners in 2016. But it’s taken me forever to drive out to Highway 5 and Highway 9 in Crows to visit and get a meal. It was worth the wait. It was worth the drive. But a lot of folks from in town will try them and wish they had a location where? In town. And your wish would soon come true. Keep reading. 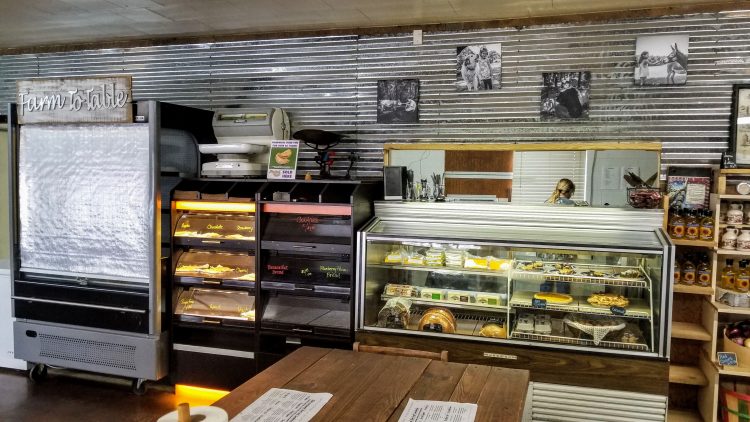 Damon and Jana Helton own The Farm at Barefoot Bend and they raised cattle, pigs and chickens a few years before deciding that the empty country store right near them would be a great place to open. They started out with kind of a hardware and farm supplies theme for their inventory, but it soon became clear that locals really wanted their food more. So Olde Crow General Store has done great in turning to just selling their meat and other Arkansas food and spices, and also using their floor space as a diner, since everyone loves their sandwiches. 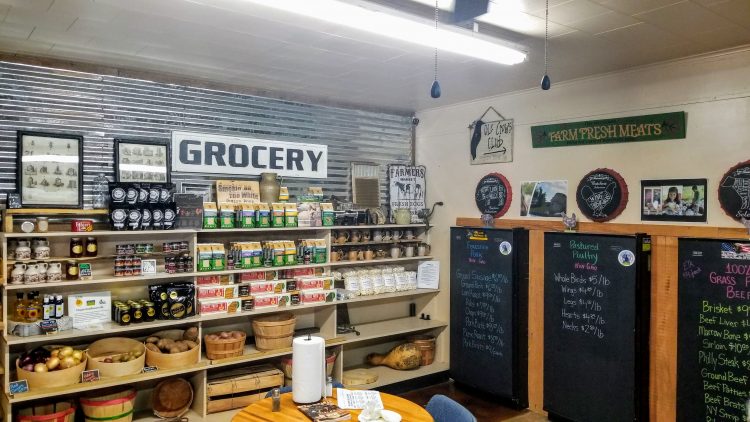 It doesn’t look like much when you drive up to the outside, but as soon as you get the door open, you see friendly faces, hand-built farm tables, games to play, fried pies, local honey, sorghum and spices, simple paper menus, a choice of a couple dozen soda and tea flavors, a rack full of different kinds chips, and freezers with chalkboard labels to show what meats are inside for you to take home. 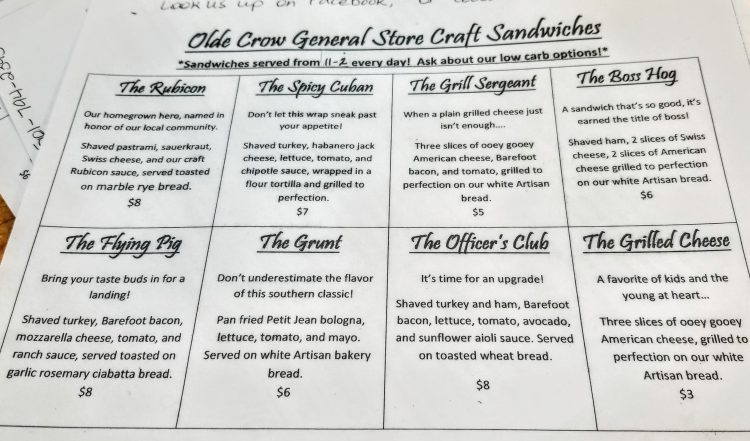 I have bought meat from them several times – brats, bacon, pork chops, hamburger, sausage – when they’ve come to the Farmers Market in historic downtown Benton, but once I finally made my way to their restaurant, I decided that needed to be a regular thing. Like I alluded to in the first paragraph, you soon won’t have to drive out to Crows to get this treatment. The Heltons have bought a food truck and rented out the entire indoor section of Main St. Station at Main and Conway Streets in Benton. 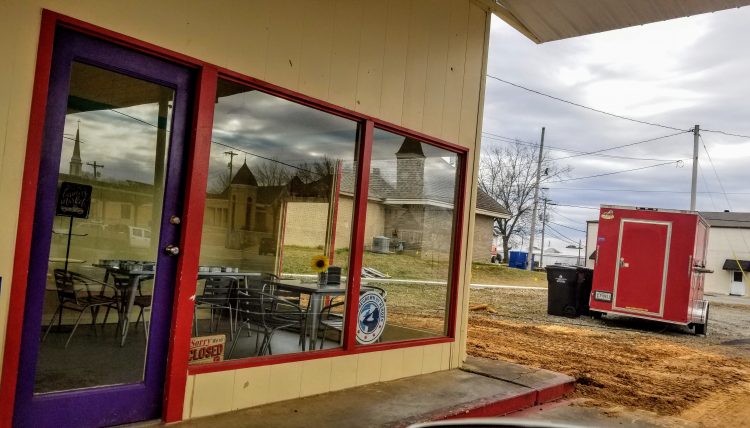 Damon says they wanted to be open by now, but the property had some plumbing issues. You can see in the above picture of the food truck at Main St. Station that the dirt on the ground is freshly turned. They have taken care of the plumbing now and their plan is to open for business sometime in February. Now the part you have been waiting for… the delicious sandwiches they are doling out. Feast your eyes below, and I’ll update this story as soon as something new happens. And it will, because the Helton’s have also purchased two buildings on Market Street… 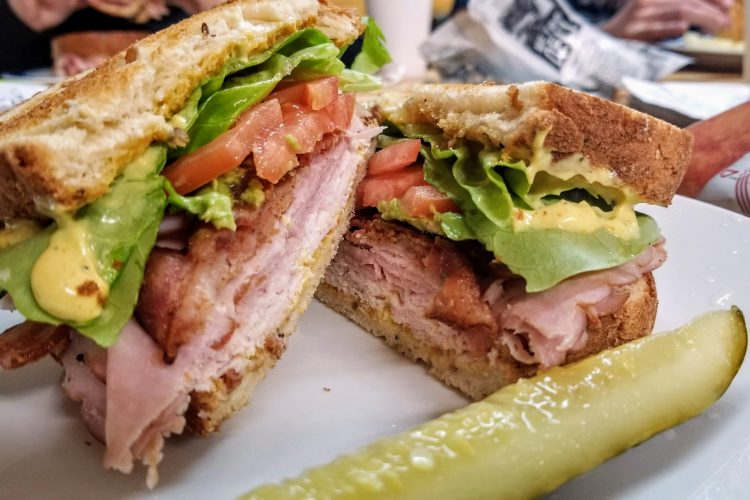 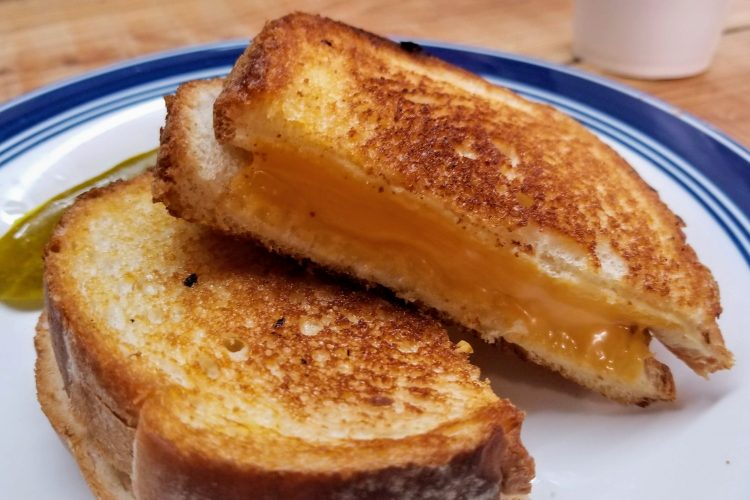 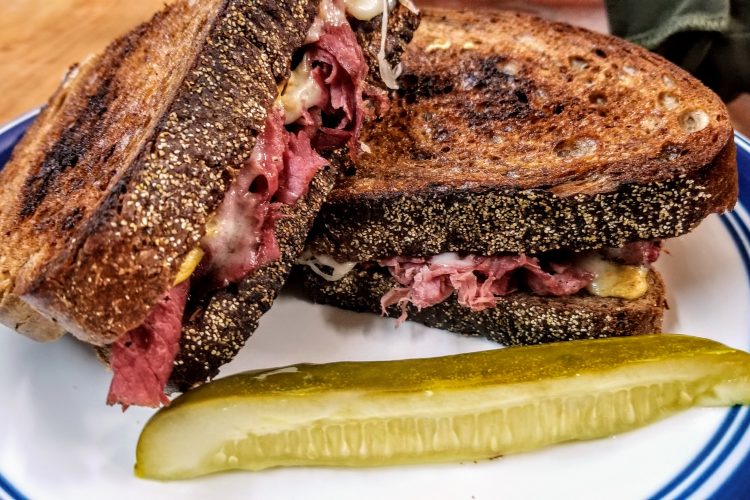 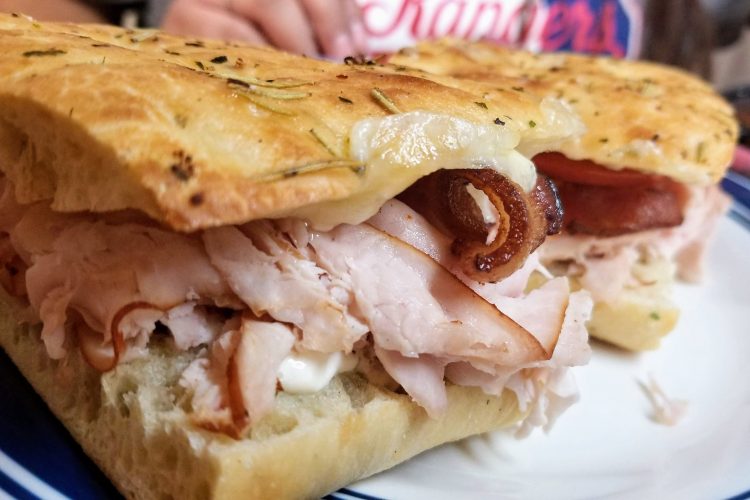 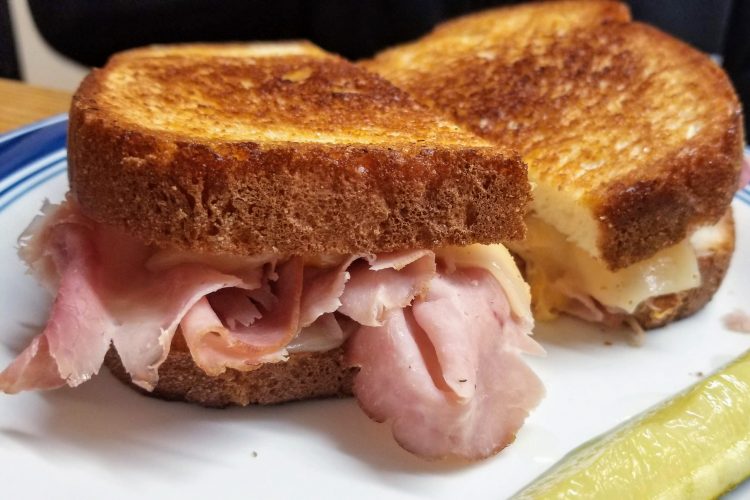