John Wayne Nelson 63, of Benton passed away March 17, 2021. Born March 16, 1958 to Tommy and Lola Mae Nelson in Little Rock. John enjoyed hunting, fishing, and being outdoors. He loved spending time with his family and friends. John was a hard worker and would help anyone in need. John is preceded in death by his parents; two sisters, Sue Theel, and Linda Clark; two brothers, Richard and Louise Nelson and a nephew Tommy Theel. He leaves behind a loving son, Shawn Chapman; life partner of 30 years, Anita Williams; grandson, Draven Chapman; one sister, Barbara Casteel: three brothers, George, David, and William Nelson; Numerous nieces, nephews and a host of family and friends who all loved him and will miss him dearly. A celebration of life will be Tuesday March 23, 2021 at Dial and Dudley Funeral Home at 1:00 p.m. with visitation an hour prior. Visit www.dialanddudleyfuneralhome.com to sign the online guestbook. 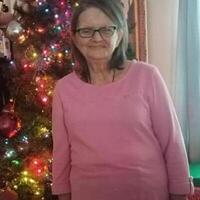 Suzanne C. Spickard, age 74 of Bryant, passed away on March 16, 2021. She was born on October 14, 1946 in Little Rock to her parents, Harry and Mary Sue Dunbar. Ms. Spickard’s greatest joy was being a mom and spending time with her family, especially her grandkids. She also loved watching old westerns with her favorite furry family, Abby. She is survived by 3 daughters, Dawn Marshall of Bryant, Shelly Hensley (Allen) of Benton and Karen VonDresky (Scott) of Benton. She is also survived by the father of her children, Vernon Barley, Sr. and 5 grandchildren, Alex, Nicholas “Tye”, Reagan, Jordan and Lane, one sister, Becky Welch and two brothers, Johnny and Mike Dunbar, along with a host of other relatives and friends that will miss her dearly. Suzanne is preceded in death by her parents and one son, Vernon “Vonn” Barley, Jr. A celebration of life will be held at 10 am on Friday, March 19, 2021 in the chapel of Dial and Dudley Funeral Home in Bryant. 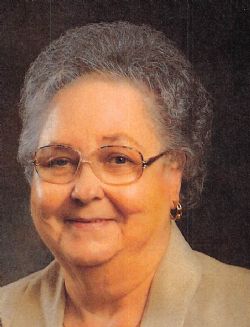 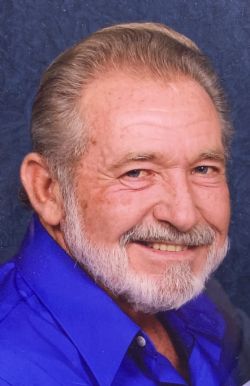 Billy Thomas Burks, age 80, of Haskell, passed away peacefully on Friday, March 19, 2021, in Little Rock, Arkansas surrounded by his family. He was born February 13, 1941, to the late Tom and Cora Lee Crook Burks in Lonsdale. Bill was preceded in death by his parents, siblings, Vivian Luke, Doyle Burks, Lonnie Burks, and Leroy Burks, granddaughter, Amber Lee Burks, grandsons, Brandon and Bradley Burks, and daughter-in-law, Judy Burks. Bill met the love of his life, Lee, while ordering a milkshake at Snearley’s Drive-In and married her soon after, in 1959. Together, they raised Kenneth and Keith, and he shared his love for hunting and fishing with them. He was a hard worker and self-taught mechanic who continued to tinker with projects in his shop after he retired from Reynolds in 1992. The family could always depend on Papa to fix whatever item needed to be repaired by his expertise. He spent many spring and summer days fishing with friends and family on Lake Ouachita and could be found relaxing on the front porch of his lake house in Buckville. He was the former president and longtime member of the Dotted Lake Hunting Club. “Big Daddy” was a mentor and dear friend to many men throughout his years in the club. Bill was a patient man who had no problem waiting for the right buck to visit his deer stand, a virtue other members in the club envied. In his later years, his grandkids would visit, expecting Papa to have a Western movie on the television and a Louis L’Amour book in his hand. He introduced the great-grands to classic shows like Bonanza and Gunsmoke and they would have gunfights with cap guns during the commercial breaks. In the last year of his life, he spent many hours of quality time working puzzles with his beloved bride. He is survived by his wife of 62 years, Lee, two sons, Kenneth and wife Regina, and Keith Burks, all of Haskell, three grandchildren, Jessica Mashburn and husband Jake of Haskell, Bryan Burks, and Bailee Brown and husband Matt Brown, of Little Rock, seven great-grandchildren, Aiden, Austen, Ava, Addy, Arynn, Andrew and Annie Mashburn of Haskell, two sisters-in-law, Sue Burks of Jessieville, and Cookie Burks of Benton, and numerous nieces and nephews. Bill lived a happy and full life with his family and he loved helping others enjoy their lives. Although he is gone too soon, Bill Burks will never be forgotten and a little bit of him lives on in the ones who knew and loved him. Serving as pallbearers will be Aiden Mashburn, Doug Sanford, Brian Callahan, Paul Tuggle, Roger Dempsey, and Shane Gage. Honorary pallbearers are Eddie McCormack, Mike Mills, Steve DiCicco, Mickey Simpson, Wayne Mangum, Rick Southworth, and Dickey Norwood. Visitation for Mr. Burks will be Sunday afternoon, 2:00-4:00 p.m., at Roller Ballard Funeral Home, 306 S. Main St., Benton. Funeral services will be 10:00 a.m., Monday, March 22, at Roller-Ballard Funeral Home, burial following at Ten Mile Cemetery with W.A. Dillard officiating.