She started a business in 1982 as an Electrolygist and was the first Electrolygist in Arkansas to perform laser hair removal in 1998.

Peggy and Jimmy lived most of their life in North Little Rock but bought a lot on Lake Norrell in 1974 as a weekend place.  She loved the lake, boating, and riding four-wheelers.  Peggy was a member of the Lake Norrell Area Association from 1985-1995.  She loved the lake, the people, and the church so much that she moved out there full time in 2014.

Peggy, like her father Clark, trained dogs most of her life and championed her prize show Doberman “Rosie” in 2006.

She loved gardening; especially roses and got into ballroom dancing where she competed on a regional level.  Peggy donated & spent a lot of time with the Arkansas Kennel Club where she loved helping with the dog shows.  She also donated & was a big fan of the Rolling Razorbacks and was a part of the Red Hat Society.  She was a member of Pleasant Hills Methodist Church and later moved to Congo United Methodist Church.

Peggy is preceded in death by her parents and her husband, Jimmy, who passed in 1996.

Visitation will be 9:00 to 10:00 a.m. Tuesday, June 21 at Ashby Funeral Home with services beginning at 10:00 a.m.  Burial will follow at Tolson Cemetery in Kingsland, Arkansas. 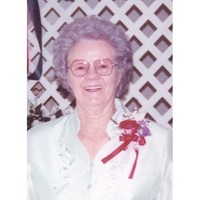 Annie Bumgardner, age 97, of Benton, passed away Friday, June 17, 2022.  She was born October 16, 1924 in Bradley County, Arkansas.  Annie was a homemaker and a member of Holland Chapel Missionary Baptist Church.  She was preceded in death by her parents, Onnie & Lucy Childers; husband, Warren Bumgardner; daughter, Vicky Bumgardner; and a grandson, Jeramie Bumgardner.

Funeral services will be 10:00 a.m. Wednesday, June 22 at Ashby Funeral Home with burial at Rosemont Cemetery.  Bro. Tony Harris will be officiating. 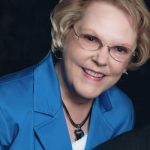 Mary L. Foley, 79, of Benton, AR passed away on June 15, 2022. Mary was born in Memphis, Tennessee on June 10, 1943, to Leander “Thaine” and Mary Hensley. She married Daniel Foley on August 6, 1961, and they enjoyed a remarkable 61 years of marriage together. Mary was a member of Highland Heights Baptist Church, and was a Licensed Practical Nurse. Mary was an enjoyer of many different types of crafts, and loved Birdwatching, Reading, Traveling and having tons of fun with her family and friends. 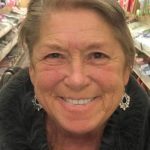 Norma Sue Totten Isham, 72 of Benton fought a very brave and courageous battle against cancer and joined our Lord and Savior on June 16, 2022.
Sue was born December 21, 1949, in Glenwood, Arkansas, and graduated from Bryant High School in 1968.

She is preceded in death by her parents, William “Bill” Totten, Sr. and Vida Vaughn Totten, husband Avert Isham, sisters Retha Richmond, Pamela Cox, Teressa Cox; and grandson Wyatt Isham.
Sue is survived by her four children, Brandy Brown (Drew) Sherry Rodgers, JC Cloud, and Wesley Isham (Laken) all of Benton. Sue was especially proud of her role as Nanny to her grandchildren, Emily Buckley, Sarah Sutton, Shane Sutton, Jack Rodgers, Evan Rodgers, Lydia Williams(Dustin), Addysen Burchfield, Elijah Isham, and great-grandson, Gunner Williams. Sue also leaves behind brothers, Billy Totten, Jr. (Mona), John Winter (Joy) and sister Karen Totten, her best friend Janie Cole, and longtime family friend, Billie French along with nieces, nephews, cousins, and friends.
Sue loved her Lord, gathering with family and friends, singing, softball, and bowling. When she couldn’t play softball anymore, she loved to watch the women’s college games on tv. Sue would often be found crocheting hats and scarves all year long to give away to a shelter during the winter. She made sure every grandchild of hers had a new blanket crocheted for them when they were born. Sue will be remembered for her great stories, her sense of humor, and her outgoing personality.

He is preceded in death by his parents; wife, Patsy Koon; and two brothers, Buddy Joe Koon and Rocky Koon.

He is survived by his three loving children, Allen Gray, Tiffany Koon, and Brent Koon (Amanda); five grandchildren, Dustin, Jake, Sydney, Summer, and Samantha; two brothers, Stoney and Walter Koon; along with a host of other family and friends who all love him and will miss him dearly.

Celebration of life will be held Thursday, June 23rd, 2022, at 12:00 P.M with the visitation one hour prior at Dial and Dudley Funeral Home.