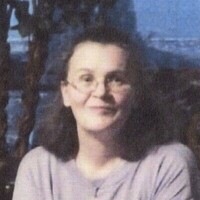 Memorial services will be held at a later date.

Josie touched many lives and will be missed by many. 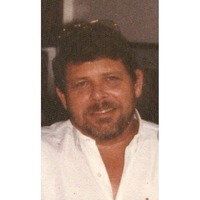 Walker (Buzz) Duff Ragland, 71, of Benton and formally of Wabbaseka, made his last wildly inappropriate and probably sarcastic comment May 17, 2022.  He was born on December 4, 1950 to Lillian and Frank Ragland.  Buzz was raised in the Wabbaseka community at Ragland Farms where he wreaked most of his havocs but enjoyed every moment of it.

He was preceded in death by his father and mother and one sister, Jane Grigg.

The family would like to thank Divine Home Health Care, LLC for their attentive care.  Karen, Sara, Sandy, Iris, Jasmine, Yury and Jordan, you all were a delight and we will never forget how well you took care of our father.

The family will have a celebration of life at the home of Leah and Chad Atherley on Saturday, May 21st from 2 p.m. until the last drop of Johnny Walker is gone.  All are welcome and encouraged to attend.  The home is located at 2900 Coldwater Drive, Benton, Arkansas 72019. 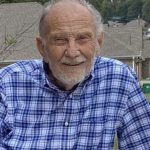 Howard is survived by his wife of 45 years, Resa (Long) Gaston; two daughters, Dawn Steward and Shannon McKinzie; two sons, Scott McKinzie and Shawn McKinzie; grandchildren: Ashley, Dylan, Easton, and Ryan; great-grandchildren: LuLu, R.J., Mariah, Zane and a sweet great-grandbaby on the way; sister, Karen; special sister-in-law and brother-in-law, Linda and Tommy; as well as a host of other family members and friends that will miss him dearly.

Howard worked for 30 years as an Engineer. He taught for 20 years and always enjoyed his work. He was also in the Air Force for four years.  Howard loved his family most of all. He was a jack of all trades, even if he had to go buy a book to study it.  Howard enjoyed reading, doing crosswords, puzzles, and traveling. 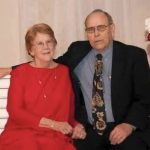 Billy Wayne McChesney passed away peacefully in his sleep in Bryant, Arkansas on May 14, 2022, surrounded by his family as he went to be with his Heavenly Father. Billy was born January 15, 1942, in Harmony Grove, Arkansas to Luke and Trevah McChesney. Billy loved spending time with his family, his grandchildren and great-grandchildren.

Billy Graduated from Harmony Grove High School in 1960. He worked at Colvert’s Dairy for three years before moving to El Dorado, working for Ouachita Valley Dairy for 16 more years. The end of his working life led him to being employed by Sears for 11 years until his retirement in 1991. Billy married Sharon Kaye Martin on September 1, 1961, in Lawton, Oklahoma at Calvary Baptist Church and were happily married as each other’s lifelong companions for 61 years. They were blessed with two children, Kevin and Karen.

He was preceded in death by his parents.

Billy was an avid reader and active member of Geyer Springs First Baptist Church. Other hobbies of Billy’s were gardening, wood working, and forever adding new updates to his home in Bryant, Arkansas. Billy will be remembered for his laughter, making jokes, pranks on his wife and family, traveling, playing games, recording important moments, taking pictures, and having fun with his children and grandchildren. His laughter was infectious and was known as the epitome of unconditional love for his family and friends. His spirit strengthened everyone around him, and to him, no one was ever a stranger. He was beloved by so many and had the sweetest soul. He will be greatly missed by all those who knew and loved him. 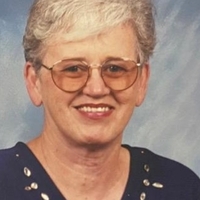 Marilyn Edith Lequieu, 82, of Benton, Arkansas passed away on Tuesday, May 17th, 2022. She was born to the late, Gordon and Gladys Mullins Wright, on Thursday, July 27th, 1939, in Benton, Arkansas. Marilyn enjoyed antiquing and working in the flower beds, but most of all, spending time with her family and church family.

She is preceded in death by her first husband, Steve DePriest; daughter, Paula James; and granddaughter, Ashley James.

She is survived by her loving husband, Robert Lequieu; four children, Ricky, Kevin, Steve (Ronda) Depriest, and Robin (Crystal) Lequieu; eleven grandchildren, Jason, Karla, Kamron, Lane, Cheyenne, Henry, Hadley, Zach, Paige, Hunter, and Tanner; nine great grandchildren; two brothers, Sam Wright and Tommy Wright; one sister, Lucille Bagley; along with a host of other family and friends who all love her and will miss her dearly.