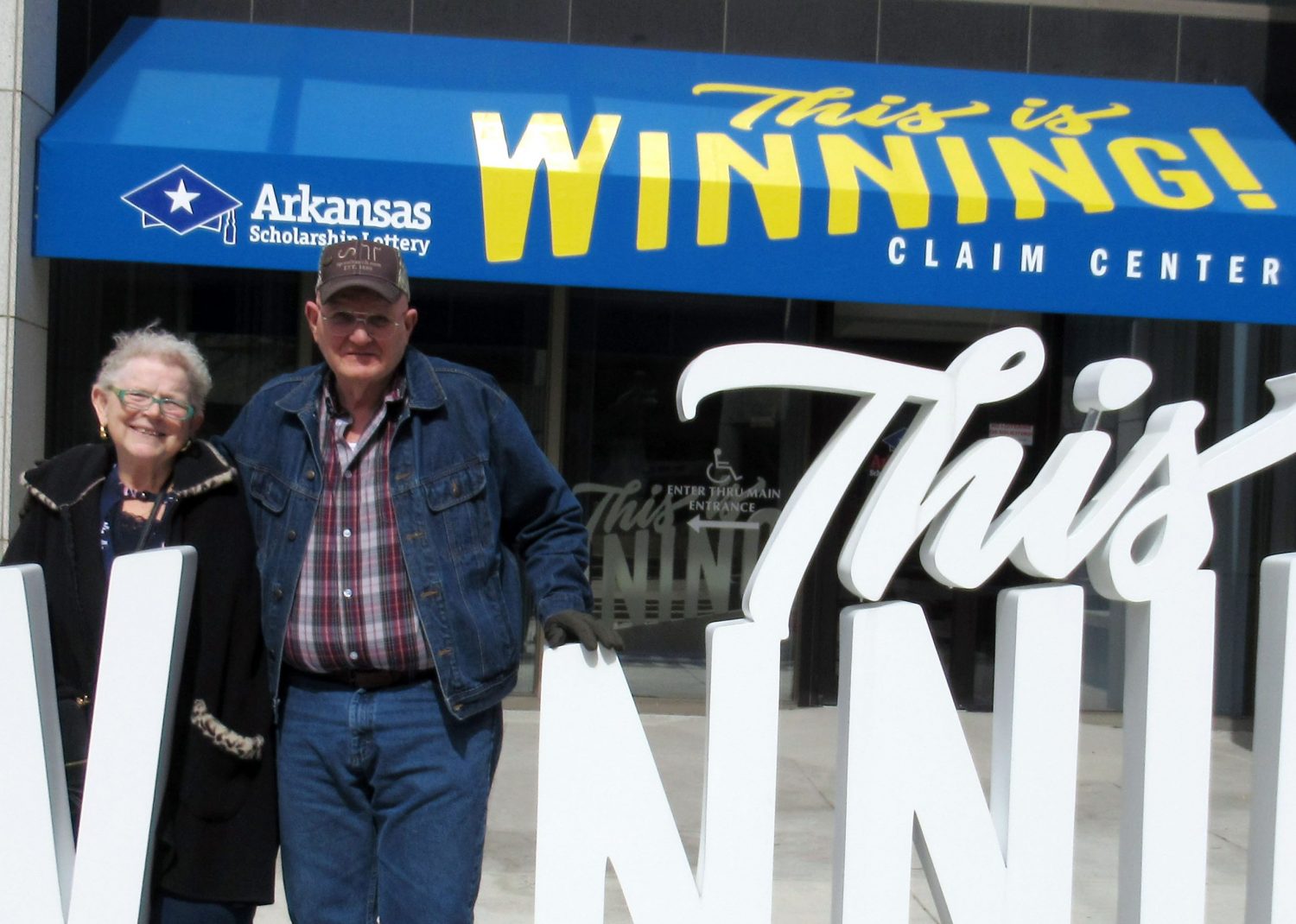 Today an Alexander man claimed a Natural State Jackpot prize worth $60,000 after playing the same numbers daily. David Hill purchased the ticket at the Old Trading Post, 22921 Colonel Glenn in Little Rock for the March 1st drawing. The winning numbers were 4, 7, 9, 18 and 24.

“I play the lottery every day and pick the same numbers every time, which are birthdays of my children and grandchildren and wedding anniversary date,” said Hill.

“Wow,” was his first thought after he looked at the winning numbers on the Arkansas Lottery website and realized he won. “I check the website every morning with my cup of coffee after each drawing. At first, I wasn’t wearing my glasses and thought that I had only matched a couple of the numbers. I found my glasses and discovered that I was actually the jackpot winner,” said Hill.

Hill first told his wife, Susan, and he plans to buy a car for the couple with his winnings. The Natural State Jackpot is $55,000 for tonight’s drawing at 8 p.m.