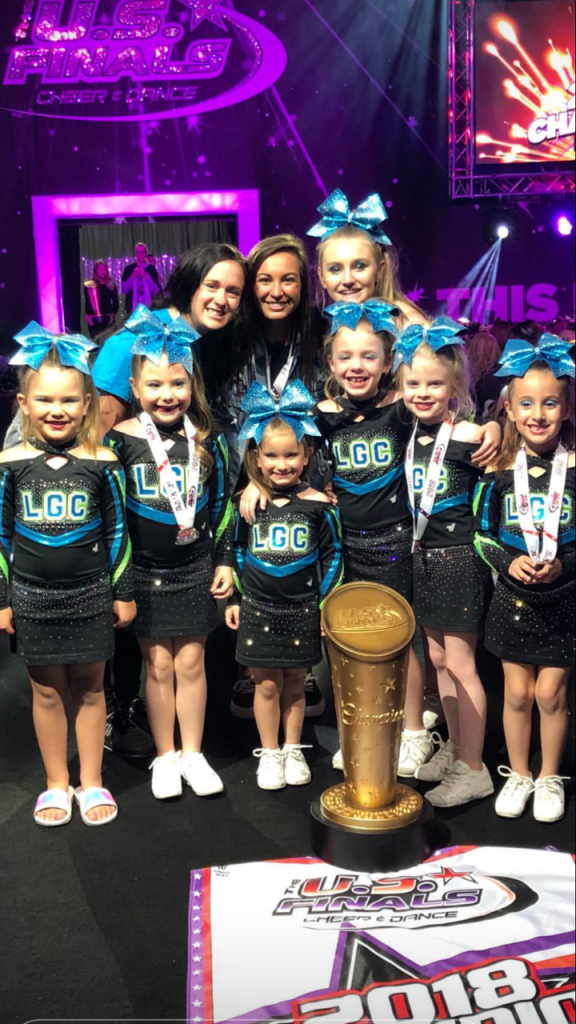 Congratulations to the Tiny Twilights from Leah’s Gymnastics and Cheerleading (LGC) for winning a championship in the U.S. Finals recently. This national competition was held in Pensacola, Florida on April 15th. The girls are now Champions in Tiny Novice D2 Small.

In order to be in this competition, a team must receive a bid. That means either a paid bid, or 1st, 2nd, or 3rd in any of the U.S. FINALS qualified competitions throughout the season and you compete against other teams across the nation. This season, they won Jamfest Mardi Gras – Grand Champion and King of the Mat; Cheer Sport Little Rock – Grand Champions; and Jamfest Turkey Jam – First place.