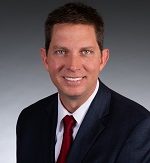 State Representative Jasen Kelly, a republican in District 28, will not seek reelection in 2020, according to a written statement. Kelly announced his campaign for a 2nd term on August 28th but something has apparently changed since then. District 28 includes parts of Bauxite, Benton and Haskell.

“I have decided not to run for State Representative District 28 reelection,” stated Kelly. “This decision was very difficult and made after much deliberation with family and friends. I feel that it’s my highest priority to dedicate quality time to my family that has sacrificed so much.”

Among those who have expressed interest in the open House seat are Marietta McClure of McClure Fitness, Jason Tolbert who works for Ouachita Baptist University, and Dustin Parsons, who teaches at Bauxite Schools and is the President of the Saline County Democrats.

Kelly also resigned on October 18th, as CEO of the Boys and Girls Club of Saline County, according to a statement by Jim Handley, the President of the Board of Directors at the Club that he made to Arkansas Online.