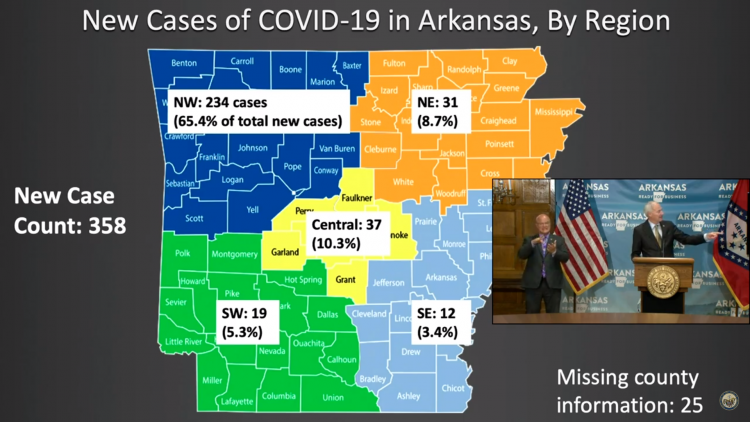 Here are some Key Notes, Statistics, and Video for Arkansas Governor Asa Hutchinson’s news update on the COVID-19 pandemic, along with updates and guidance from Dr. Nate Smith, Secretary of Health. Today’s conference focused on information about how Arkansas will be able to get to Phase 2 of re-opening.

The governor began with some charts to show progress of the virus in the state, including some regional breakdown. 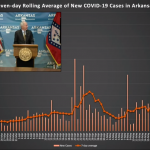 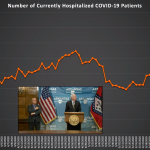 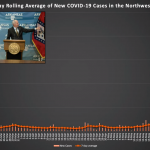 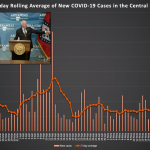 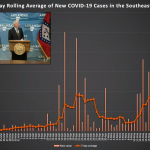 Hutchinson said he was on a call Thursday with business asking how and when the state is going to get to Phase 2.

“Well first of all we’re all opened up,” stated Hutchinson, “But we do have a desire to lift some of the restrictions particularly in the restaurants that want to be able to do more business and have an economic pattern that works for their industry.”

He said that Phase2 is for states and regions with no evidence of a rebound, and that satisfy the gating criteria a second time. The governor seemed to be considering opening the state by regions as they meet the criteria. “Has there been a rebound or is it simply that we have been testing more? I believe that in northwest Arkansas, there is actually not a rebound but the first hill that we’re going up, with increasing cases – both because of the spread, but also because of the increased testing that we’ve had,” said Hutchinson. 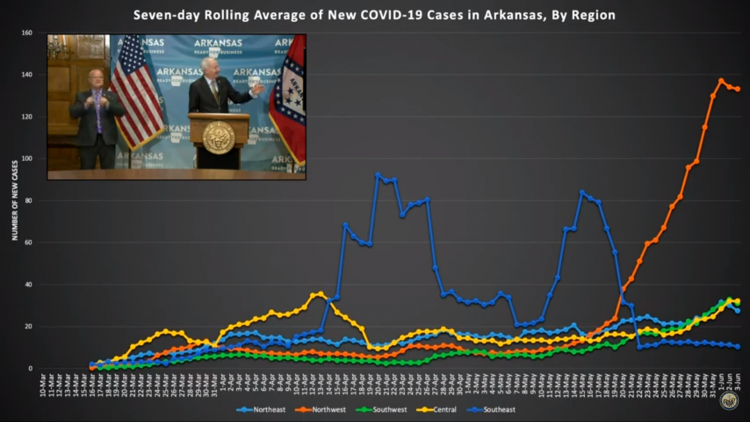 “We’re going to continue to look at this by region, recognizing that we have different epidemics and different time frames in Arkansas,” the governor said. “While we’ve kept our state together, and there’s a lot of wisdom in that, we want to make sure that we are looking at the region separately and giving good counsel and advice in each of those that regions as we fight this virus.”

The proposed state/regional gating criteria set forth by the “Opening Up America Again” guidelines includes the following: 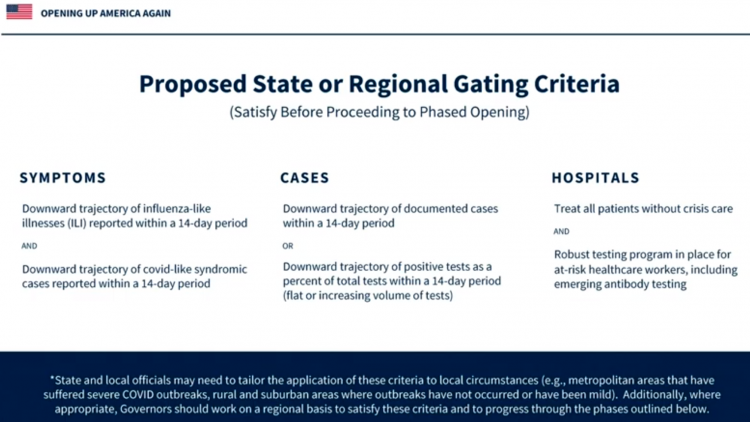 Dr. Smith listed the current statistics for COVID-19 patients below: