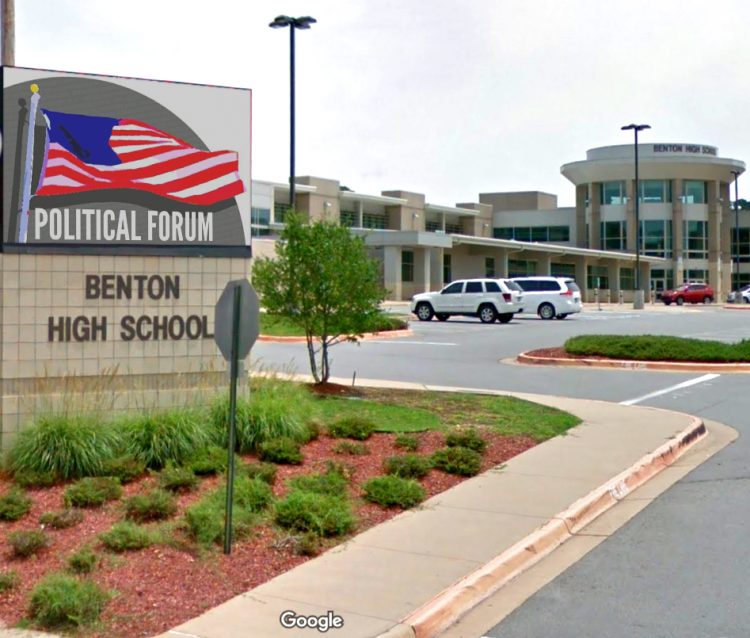 Benton High School students were featured in major roles in this program. Jackie Sherrell served as the master of ceremonies,  Jared Hastings as moderator, and KK McCormick as timekeeper.

Here is the list of candidates, in the order they appeared. It is noted the ones that weren’t able to attend.