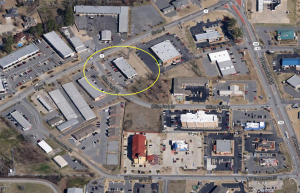 Since we had two restaurants close shop a couple of weeks ago, there is some good news. Desi Den, an authentic Indian restaurant opened this week at 612 Office Park Drive in Bryant. This is just across Reynolds Rd from the shopping center that houses Whole Hog Cafe and Casa Mexicana. It is the same location that used to be Layla’s Greek restaurant. The food is amazing and a breath of fresh air for Saline County. They prepare authentic Indian dishes with the freshest ingredients. They are open 7 days a week and have a daily lunch buffet, making it easy to try something new without spending a lot of dough. If you like Indian food or would just be interested in trying a new cuisine, please pay them a visit. Your taste buds will thank you.