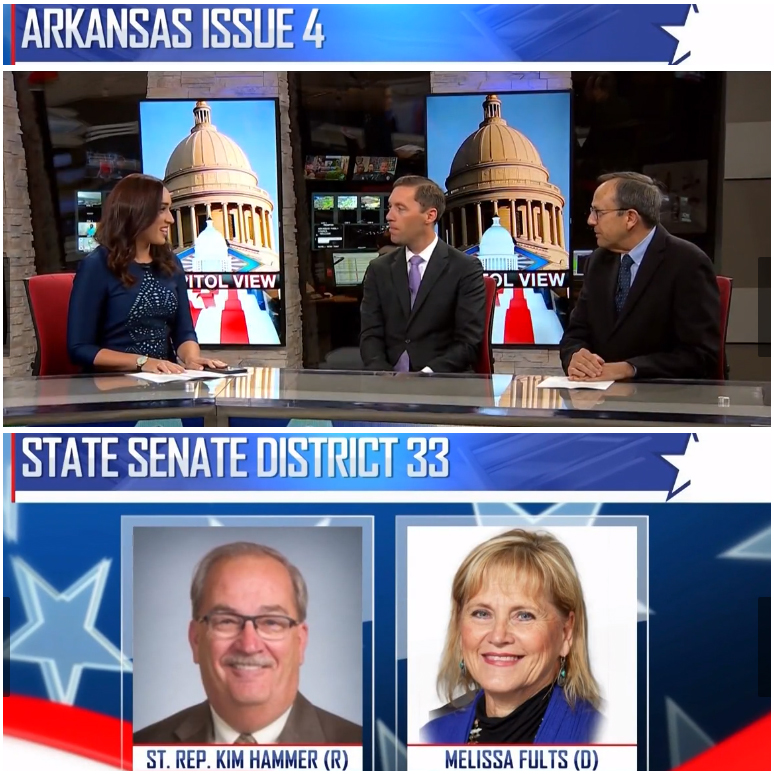 Jessi Turnure from the Capitol View on KARK recently hosted a debate on two subjects relative to Saline County. She interviewed those on either side of the Casino Issue that will be on the ballot in the November 6th General Election, as well as the two candidates running for State Senator in District 33.

Speaking in the first half of this video, regarding Issue 4, are Nate Steel, counsel for Driving Arkansas Forward, and Jerry Cox, the president and founder of Arkansas Family Council. In the second half, candidates for State Senator in District 33 address different issues. They are Democratic candidate Melissa Fults, and Republican candidate and current State Representative Kim Hammer. Thanks to Jessi Turnure of KARK for permission to publish the video here. Watch the video below or scroll down to listen the podcast.