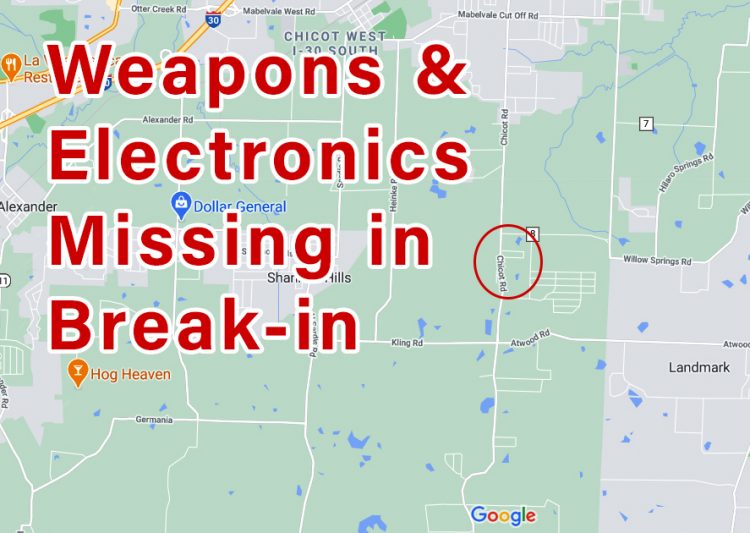 Law enforcement is searching for a suspect in what appears to be a theft of firearms and electronics from a storage unit in Mabelvale, Arkansas.

The Saline County Sheriff’s Office (SCSO) stated in an incident report that a deputy answered a call to a storage unit business at the 14000 block area of Chicot Road. The owner of the business stated that he believes someone broke into several storage units on the night of Monday, April 5th, 2021. Police said the owner stated there is a surveillance camera on the property, but it was not working during the time of the incident.

After the break-in was discovered, the business owner contacted renters. The owner of one of the storage units stated that when he was putting his belongings in the storage unit, there were two people watching him. Some of his missing items include several firearms, as well as two newer televisions. He believes those witnesses are the suspect. The business owner stated that the rental contract does not allow firearms to be stored there.