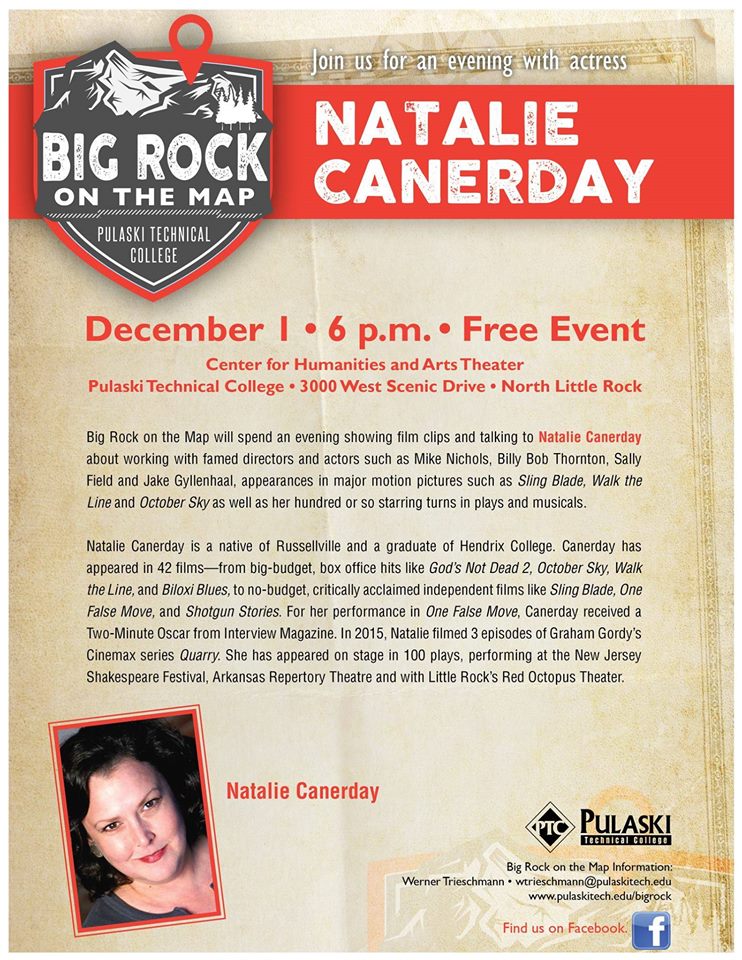 Pulaski Technical College’s Big Rock on the Map Series will host an evening showing film clips and talking with actress Natalie Canerday on Thursday, Dec. 1, beginning at 6 p.m. in The Center for Humanities and Arts Theater on the Main campus in North Little Rock at 3000 West Scenic Drive.

The event is free and open to the public.

Canerday is a native of Russellville and a graduate of Hendrix College. She has appeared in 42 films, from big-budget, box office hits like God’s Not Dead 2, October Sky, Walk the Line, and Biloxi Blues, to critically acclaimed independent films like Sling Blade, One False Move, and Shotgun Stories. Canerday will talk about her experiences working with famed directors and actors such as Mike Nichols, Billy Bob Thornton, Sally Field and Jake Gyllenhaal.

ABOUT BIG ROCK ON THE MAP SERIES

The Big Rock on the Map Series brings writers, actors, artists, musicians, and professionals from all art disciplines to campus to foster appreciation and understanding of the arts. The events are open to the public.