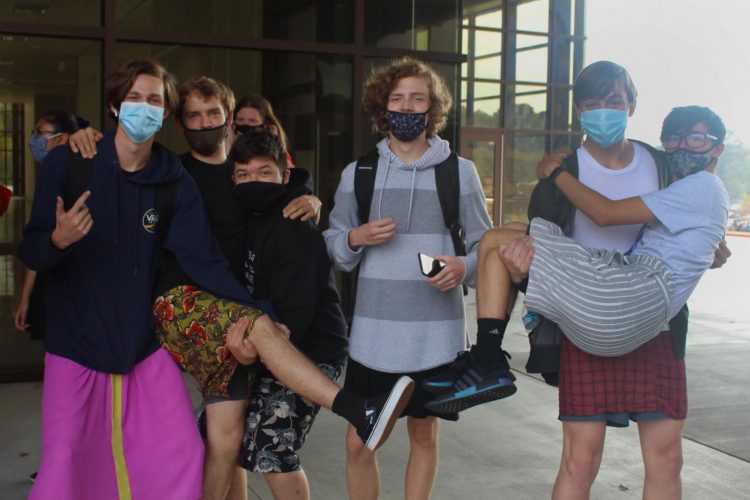 Participants in Skirt Day pose for a photo outside Building 10 Oct. 16. (Photo by Madi Jones)

This story was originally published on Prospective Online, the Bryant High School student news website by Julia Trantham on November 16, 2020.

The pair came up with the idea that students should have a “Skirt Day” the following Monday.

“It started out as a joke,” Hilton said. “We texted a couple of our friends, and then it kind of snowballed.”

Hilton then reached out to his friend sophomore Madison Jones, who created a graphic for people to easily repost on their Instagram stories to help spread the word. 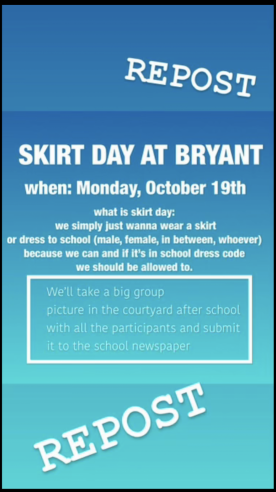 Students who participated had different views on the original meaning behind the event but ultimately agreed that it was a form of self-expression.

“Society has its thoughts about men not being able to wear skirts, but no one ever said it outright, it’s just how we’ve been raised, and there’s no real reason why,” Hilton said. “It’s really just a piece of clothing.”

Although several students did participate, others did not. A few students who did not participate did not fully support the idea of everyone wearing a skirt.

“Through the day [of the event] people did mess with me for it, but it didn’t really bother me,” Hilton said. “It was just a fun thing to do.”

Some students felt that this event was a way to call attention to the school dress code. While Hilton participated just for fun, he does think the dress code is worth thinking about.

“I feel like the dress code is stressed so much beyond belief, for me it isn’t really a big deal, but for girls it’s different,” Hilton said. “I’ve had friends that have been dress coded over the smallest things, like ripped jeans. You can’t see anything if you have a tiny rip in your jeans on your upper thigh. I feel like people should be able to have more expression in their clothing choices.”

Sophomore Skyler Cook was another participant in the event, and he feels that this was bigger than just an organized event at school.

“For me personally, it was just to show that clothes have no gender,” Cook said. “ I just wanted to see what it was like [to wear a skirt]. A lot of my friends did it, so I just wanted to try it out.”

Most of the group gathered after school to take a picture of themselves in their skirts. 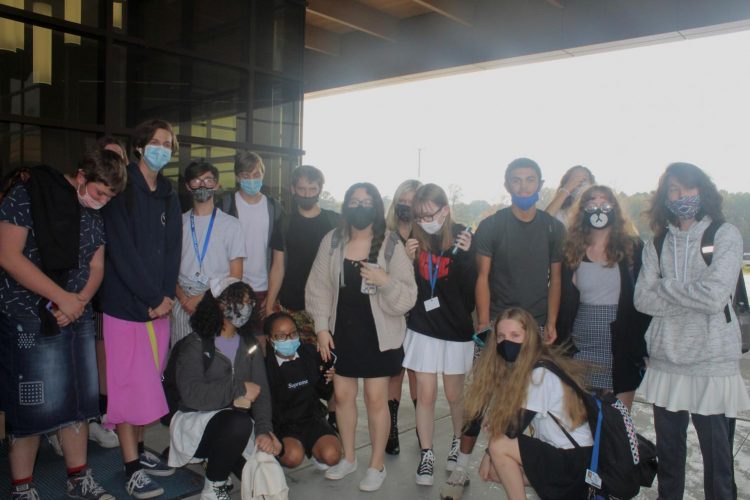 “For something that [we] came up [with] in three days that’s never been done before, I’m happy with it,” Hilton said. “We talked about it at the end of the day in our group chat we had made, and we all agreed that we should do something else again soon, because why not?”