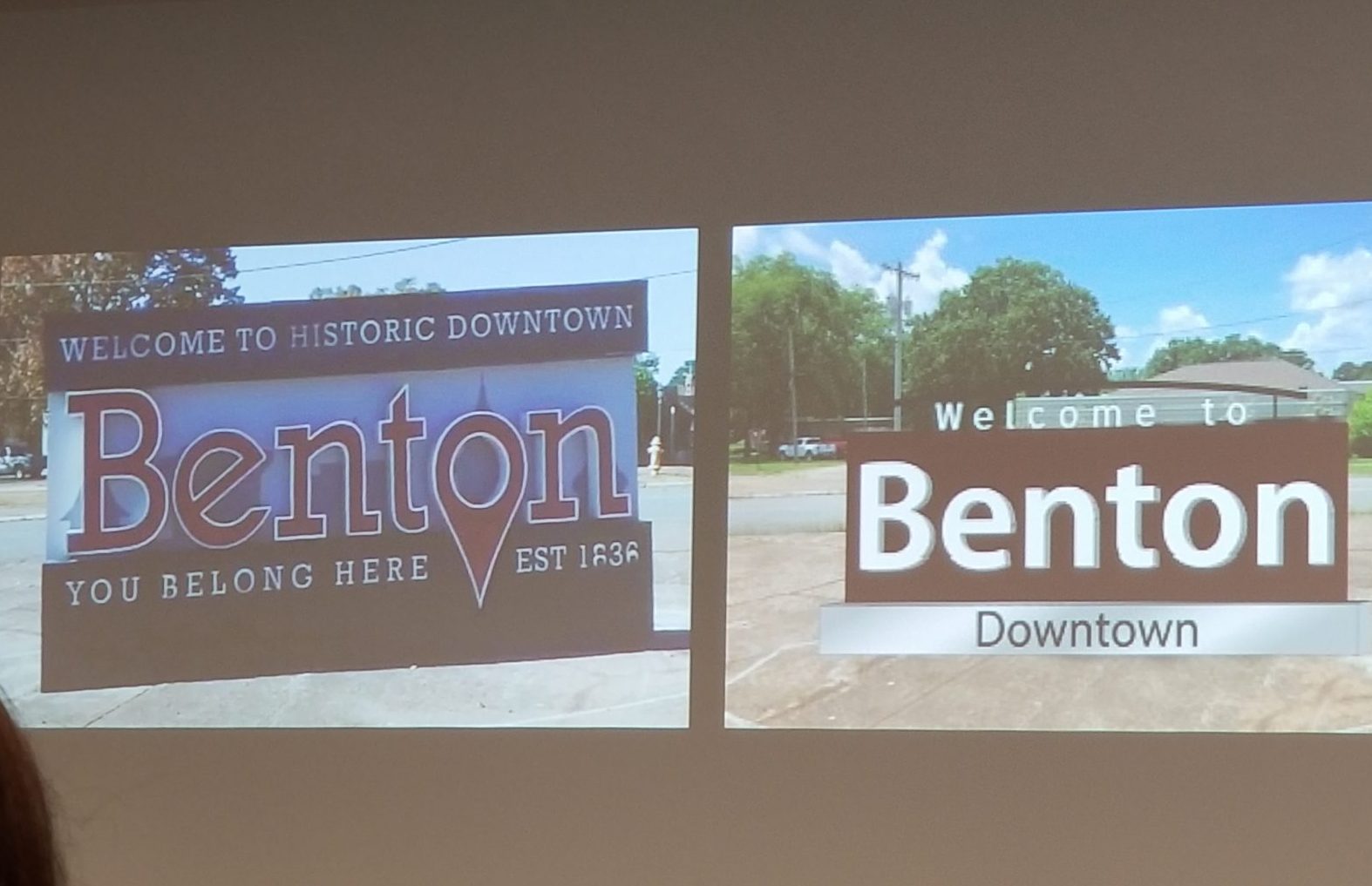 Pictured l. to r. are the current sign welcoming to downtown Benton and the new sign to be installed.

It should soon be a lot easier to find your way to Benton – and around Benton – thanks to plans for new signage. The City of Benton and the Benton Area Chamber of Commerce presented the new design for three signs to be made and installed. One will be at Exit 121 going west, one at Exit 114 going east, and one at the triangle island between KFC, Sunshine Donuts and Ashby Funeral Home.

There is already one installed at the triangle, but the design on the new one will match the ones on the Interstate. According to Benton Mayor Tom Farmer and Chamber President Gary James, the larger signs will be around 12 feet high and over 30 feet long.

(See video of the unveiling below, along with more photos.)

In addition to these welcome signs, there will be signs around the city that help you find certain buildings, like the Courthouse, City Hall, the High School, the Gann Museum, Farmers Market and more.

All of the signs will have the phrase “You’re home,” at the bottom.

“If they’re not living in Benton, I want them to live in Benton, Arkansas, because it’s the greatest community around, so it says you’re home for a reason.”

“These signs at 121 and 114 are going to say ‘you’re home’ because that’s the way we want everyone to feel,” stated Farmer.

The City will seek funding from the Advertising and Promotions Commission for the signs on the Interstate. They will cost about $30,000 each. The smaller downtown sign will cost around $15,000. The City has enough money to pay for half and they are seeking funding from the public for the rest. The Chamber will fund the directional sign outside their office at Market and Carpenter Streets, and will seek funding for more directional signs – also known as wayfinders.

MySaline will update this story as there is more. 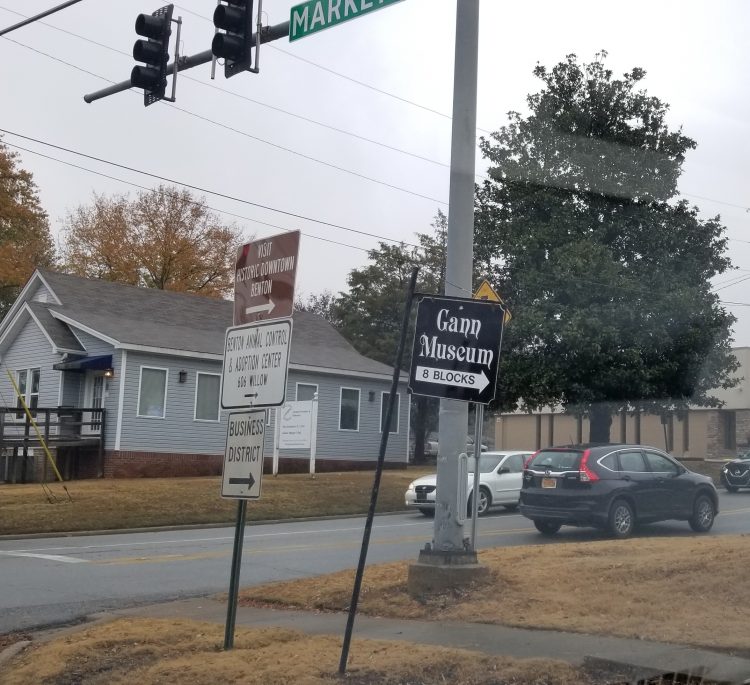 Currently, there are several signs in front of the Benton Area Chamber of Commerce, directing traffic to downtown, the animal shelter, the Gann Museum and businesses. 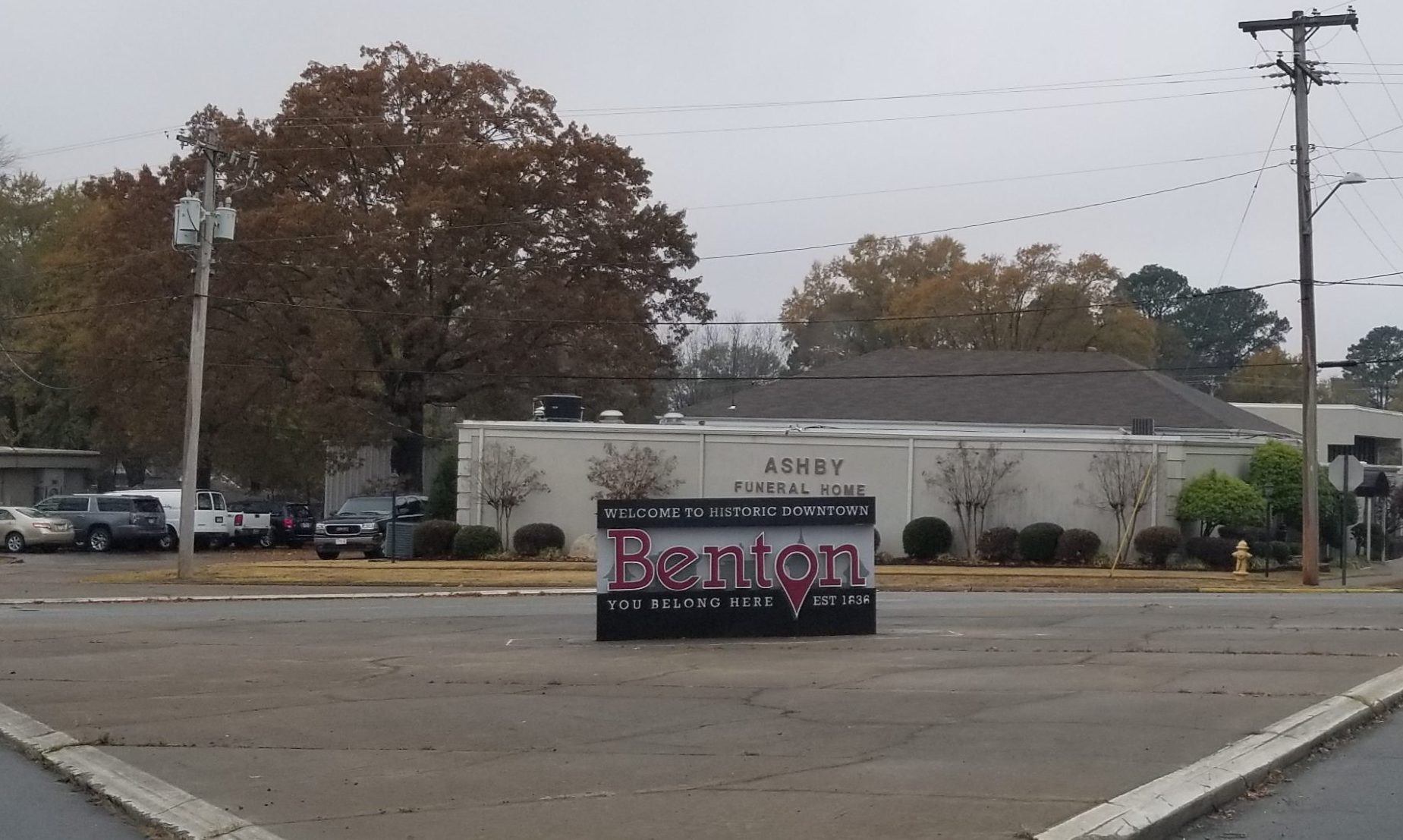 There is currently signage where the south end of Military Road meets Main Street.