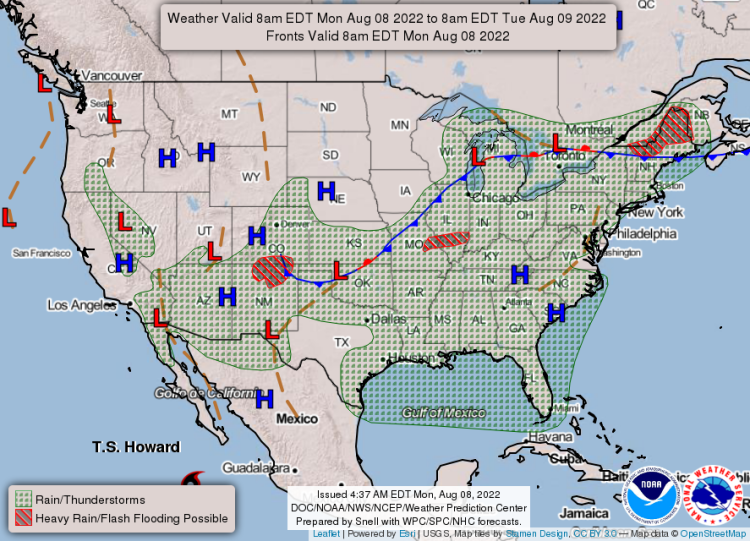 Scroll down for the extended daily forecast.

There is a heat advisory today, a chance of storms, and we are still under a burn ban in Saline County. Temps will sink into the upper 80s beginning Tuesday

This Hazardous Weather Outlook is for a Large Part of Arkansas, according to the National Weather Service in Little Rock. Scroll down for the extended daily forecast. 👇

On Monday and Monday night, isolated to widely scattered showers and thunderstorms are possible. While the threat for strong to severe thunderstorms will remain low, an isolated strong storm could be seen. Locally heavy rainfall, gusty winds, and maybe some small hail will be possible with the strongest storms.

Heat index values will warm into the upper 90s to just over 100 for most areas this afternoon. Some areas across southeast Arkansas could see heat index values exceed 105. Scroll down for the extended daily forecast. 👇

With a more active pattern, isolated to scattered thunderstorms are possible through late week. At this time, widespread and organized severe weather is not expected, but some locally heavy rainfall could be seen each afternoon.

The following counties are included in the Hazardous Weather Outlook: