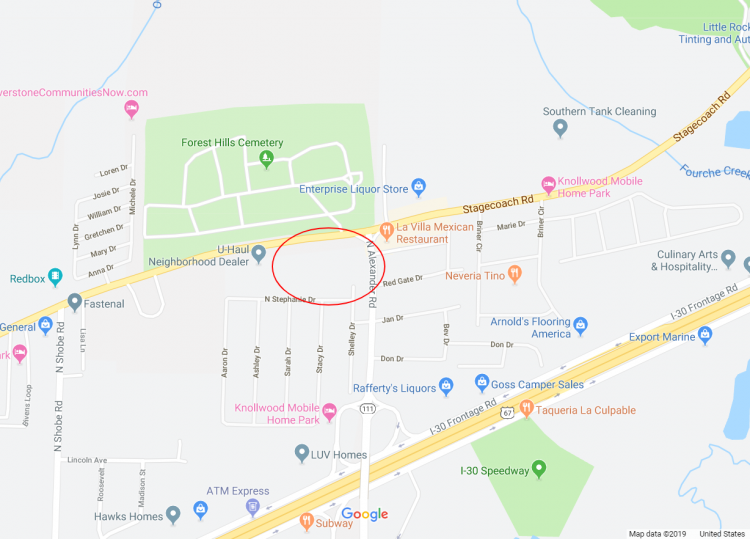 The Alexander City Council voted Tuesday night to allow a marijuana dispensary to operate on a property at the southwest corner of Alexander Road (the county line) and Highway 5 North where a funeral home used to be located. The company, Natural State Medical Group, must now get approval from the Arkansas Marijuana Commission, which meets September 18th.

The City of Alexander projects that tax revenue from the dispensary could bring as much as $90,000 per year. The vote would have been unanimous, but one Council member, Elizabeth Bland was absent, which makes her vote an automatic “no.”

Dr. James Adametz, a neurosurgeon, was present to represent the dispensary company. He said he hopes they could be open by the end of 2019.

See more detail about the meeting and another person who appears to hope to open a dispensary in Bryant… in this article by The Alexandrian.

The City of Alexander will host a special City Council meeting September 3rd at 6:00 p.m. at City Hall (map), to discuss and vote on whether to approve a medical marijuana dispensary business privilege for Natural State Medical Group.

If approved, the dispensary will be located at Alexander Road (the county line) and Highway 5 North. According to The Alexandrian., an independent news blog, Dr. James Adametz spoke for the company applying, stating that they plan to create ten jobs for the opening. They have plans to add more employees later, to take care of the grow operations. Read more about the request and the company here.

There is one other dispensary in Saline County, in Hensley.

The Planning Committee met on August 27th with an agenda that included approving a company who wants to place a marijuana dispensary at the corner of Alexander Road (the county line) and Highway 5 North. This is location was previously a funeral home business. The surrounding businesses in Saline County are a cemetery, storage units and a mobile home park. On the Pulaski County side, there is more mobile home park, a Mexican restaurant and a liquor store.

Now that the Planning Commission has approved the venture, it goes to the Alexander City Council for a vote.

Read more detail about this proposed dispensary in this  blog by The Alexandrian.