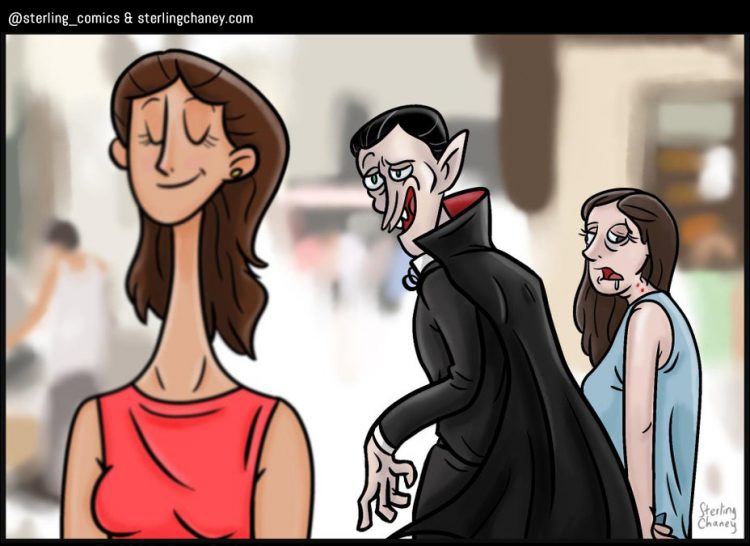 Comic by Sterling Chaney. See more of his work at @sterling_comics and sterlingchaney.com

While ghosts and goblins only come out at Halloween, vampire appliances can haunt your electric bill year-round. With a few tips and tricks, however, you can scare away unnecessary energy usage.

Phantom power, also known as standby power, vampire power or phantom load, is the energy used by certain plugged-in appliances and electronic devices, even when they are in standby mode or turned off.

The most common culprits include electronics with remote controls, built-in clocks or timers and instant-on features such as televisions, computers, printers and video game consoles.

While it might seem like a trivial amount, it’s spooky how much wasted energy can add up over time and affect monthly utility bills. According to the Department of Energy’s Lawrence Berkeley National Laboratory, phantom power accounts for as much as 10% of residential electricity usage.

You don’t have to be frightened by this news, though. Here are 9 tips to keep high electric bills from haunting you.