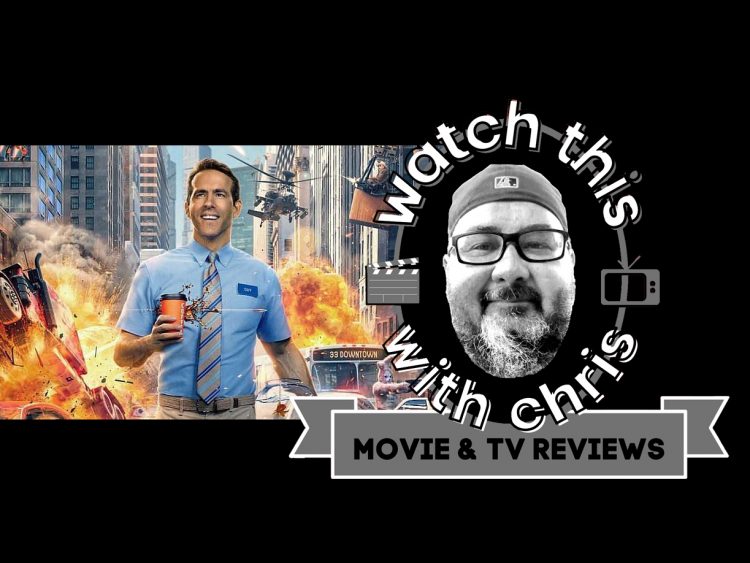 Free Guy (in theaters only)

The world needs a hero. Here’s a guy.

To celebrate the last weekend before going back to school, my crew invaded Tinseltown to see “Free Guy.” We had several reasons to go see this one:

Anyway, we were all pretty excited to go, and you should be too. This movie is awesome!

Ryan Reynolds (Deadpool, The Proposal) plays the main character, Guy. Guy is an ordinary, average bank teller who discovers he’s an NPC (non-playable character) in a wild and violent open-world video game called Free City. Upon making this discovery, Guy sets out to become the hero of his own story and save his world before it’s too late.

Reynolds is fantastic in this role. He’s funny with an almost child-like innocence. Honestly, his character reminds me a lot of Buddy the Elf, Will Ferrell’s character in “Elf.” Coincidentally, Guy’s best friend in the film is Buddy, the bank security guard played by Lil Rel Howery (Fatherhood, Good Boys.) Lil Rel is hilarious in this film. You’ll also see (and hear) cameos from stars such as John Krasinski (The Office), Hugh Jackman (Wolverine), Chris Evans (Captain America), Dwayne Johnson (Jungle Cruise), and others.

This movie is so much fun, y’all. My entire family left the theater smiling and laughing and talking about our favorite moments. It’s “Pixels” meets “Elf” meets “Groundhog Day” meets “Wreck-It Ralph” meets “The Truman Show.” The day after seeing it, my kids were at the table at home talking about it and all three of them agree it’s in their Top 5 favorite movies now. They all want to go see it again, and we likely will.

The movie’s leading lady is Jodie Comer (Star Wars: Episode IX). She plays Millie/Molotov Girl, and her on-screen chemistry with Reynolds is really fun and electric. So, the cast is fun. There are great cameos. The special effects are really good. It is laugh-out-loud funny. What’s not to like? My only critique is the “bad-guy” in the movie, Taika Waititi (Jojo Rabbit, Thor: Ragnarök) who plays Antwan. His character is supposed to be annoying, but it was somewhat overdone in my opinion. His one-liners weren’t as funny as the other characters, BUT don’t worry- everything else in the movie more than makes up for this one critique.

Go see this movie! Take your teenagers to see this movie! “Free Guy” is rated PG-13 for strong fantasy violence throughout, language (a little more than I’d have liked considering my girls were there), and crude/suggestive references.