Downtown Benton’s Third Thursday is coming again on April 15th from 6 – 9 p.m., and this time, organizers are adding a parade.

Along with title sponsor Everett Chevrolet, the City of Benton is hosting a street festival, as they have in years past. It’s a time to come to downtown Benton and experience…

About that parade – the organizers are taking entries now for participants in the parade to happen right before the street festival. The parade will begin at 6 p.m. and follow a traditional route from CW Lewis Stadium on Market Street, northward to pass the courthouse and turn right onto North Street, then a right onto Main Street, passing the courthouse again, and ending at Smith Street to return to the stadium. 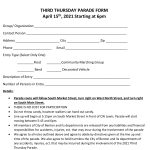 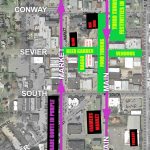 Are you looking to get in on the Baggo tournament? Signup is free and starts at 6:30 p.m. and the games begin at 7:00 p.m. Compete for the first place trophy in the tournament at 118 W. Sevier Street in the alley by the dragonfly mural.